Owner:
One Putt Broadcasting (One Putt) 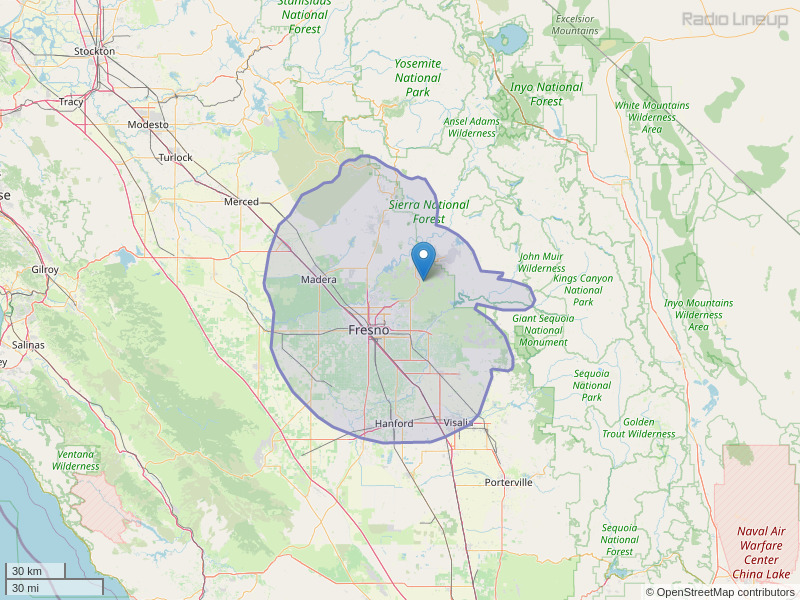 As a community service announcement, you could inform your listeners about the unclaimed $213 million Powerball ticket that matched all six winning numbers bought at a Fresno gas station for the October 23, 2013 drawing.
By: Mike on June 2, 2014

The Fresno-Madera Medical Society is putting on a Walk with a Doc June 20th, at 7:30 am. The event takes place at San Joaquin River Parkway and Conservation, 11605 Old Friant Road. Walk with a Doc is a walking program hosted by a local physician. Walking is beneficial to one’s health, and while you walk, you will have a chance to talk with a Doctor. After the walk you will receive healthy living information. For directions call 248-8480 ext. 101 FREE for everyone, come early and register By: Doreen Chaparro on June 2, 2015
By: Doreen Chaparro on June 3, 2015

You should add motionless in white to your playlist
By: Mary on October 25, 2015

"National Cancer Survivor's Day - Celebrating Life". Event will be held on Sunday, June 5, 2016 from 9-11 AM at St. Agnes Cancer Center, 7130 N. Millbrook, Fresno. Admission is free. Refreshments will be served. RSVP to same.com/celebrating-life or by calling 559-450-5564. Join us for a time of celebration as we honor all cancer survivors and their loved ones.
By: Maureen Scaparo on May 31, 2016

Who's playing at Hog Heaven on Wed. And what concert tickets are u giving away ? Thank you!
By: Anonymous on September 19, 2016

Greetings, I'd like to request exposure for, or a story about the Best of the West Wrestling Academy. The school is located near the airport, and for 4 year years, Mike Rayne (head coach and co-owner) has been training students to become professional wrestlers. Many of these students have had the opportunity of being looked at by companies such as WWE and other large independent promotions. They do monthly shows to include a TV Taping by the name of "Ignition" and a student show where new students have a chance to show their skills to the local communities. On occasion, Best of the West brings in former WWE superstars and various legends. For instance, on 16 November, former WWE superstar Chris "The Masterpiece" Masters will be doing autographs, photos, and even wrestling at our "Ignition TV Taping" show. There will also be a charity show coming up where the school will be collecting can goods and doing a food drive to support those less in need. As someone who recently began training here, I have found a home with individuals that I feel have earned a small place in the spot light and would love if you'd be willing to bring our coach and members of the school on your station, or we would love for you to come out to our school on 16 November when we do our show with Chris Masters. The address to the school is 5766 E. Fountain Way, Fresno, CA and website is www.botw.tv Look forward to hearing back from you. Regards, Kasia C. Posey
By: Kasia Posey on November 8, 2019