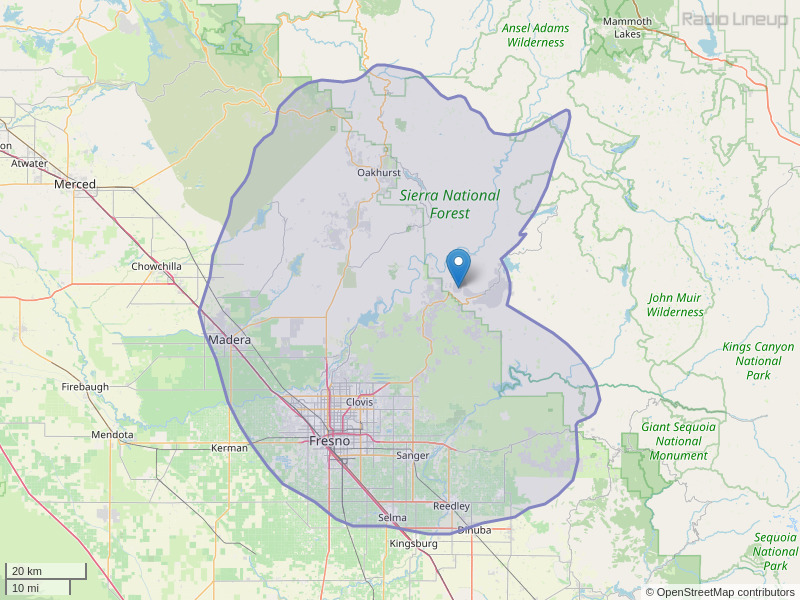 As a community service announcement, you could inform your listeners about the unclaimed $213 million Powerball ticket that matched all six winning numbers bought at a Fresno gas station for the October 23, 2013 drawing.
By: Mike on June 2, 2014

LISTEN TO HOW DANGEROUS AND DUMB TRUMP IS... Or let’s use our smartphones to Call Trump 312-588-8000 in mass, Crash his phones, Cripple his business, and Kick his campaign to the curb #DumpTrump
By: Marc Keyser on September 18, 2015

After searching for my biological dad for many years I have talked to my grandparents who say a year ago he moved to Fresno California. Can you help me guide me maybe on how to find him.He retired about a year ago from the police in Toluca Mexico n moved to Fresno.his name is Arturo Dominguez Roldan. His parents names are Celia and Maclovio.My name is Thelma Yadira Hernandez I live in Denver Colorado
By: Thelma Yadira Hernandez on May 13, 2016

On Friday past on clearly classical was played a piece by ?Massene ( sp?) called meditations. Is that what I heard?
By: Larry miller on May 19, 2018