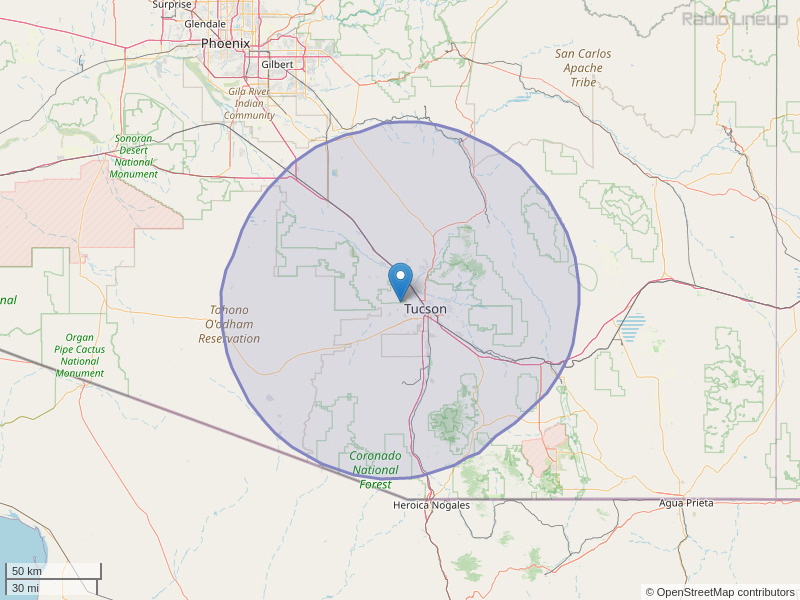 Dear KLPX, My husband (Colonel, retired) Chris and I (Army Veteran) are on the Ft. Huachuca (Arizona) Military Holiday Ball Committee. Unfortunately, many of our committee members are new and have been unable to secure any donated give-away or raffle items for presentation at the Military Ball on the 4th of December at Starr Pass. If you have any promotional CDs, Support our Troops items, posters, T-shirts or other items you would like to donate, we would be very appreciative. Our address is: Colonel (Retired) Chris and Sue Miller 3686 Plaza de la Rosa Sierra Vista, AZ 85650 Additionally, if you have any other points of contact at radio stations or other venues who are supporters of the U.S. military, please forward the information to me at: suemiller64@yahoo.com Thank you for supporting the troops! Sue Miller
By: Anonymous on November 12, 2015

I've been trying to find a classic rock station and I turned yours on and I guess I'll still keep looking, it seems like your morning station is nonstop talk.
By: donna on March 23, 2016

Oh my gosh...I listened to your Sunday program on June 5th and heard a song that I havent heard in a long time. Now, Im trying to remember the song....driving me nuts. Ive been looking on YouTube but cant find it. Can you send me the list of songs and artist that was aired during this program? Going crazy!
By: Patrick on June 7, 2016

I been looking for this rock and roll song , it has it a heavy beat and in the lyrics it says " drugs and alcohol " I do not know the group . Can you help ?
By: chuck on December 31, 2016

Looking for song played an hour ago . Loud and proud party for free
By: Ron browne on September 13, 2020

Looking for song played an hour ago . Loud and proud party for free played right after f Dokken breaking the chains
By: Ron browne on September 13, 2020

Turned on the radio this morning, it was tuned to your station! The first thing i heard was an idiot taliking about eating " shrooms" and how she was going to burn her old Bible,and that it was 'all just superstition anyway" but her idiot comedian pals were telling her not to do that, she will go to hell! What pure garbage, all i thought i would hear would be classic rock,but intead was insulted by some sow mewling about her obvious hatred of CHRISTIANS and conservative values, Ya oughta dump that b***h! Tellin all my pals what crap passes fror radio in Tucson hahaha!
By: mike Savage on March 9, 2021