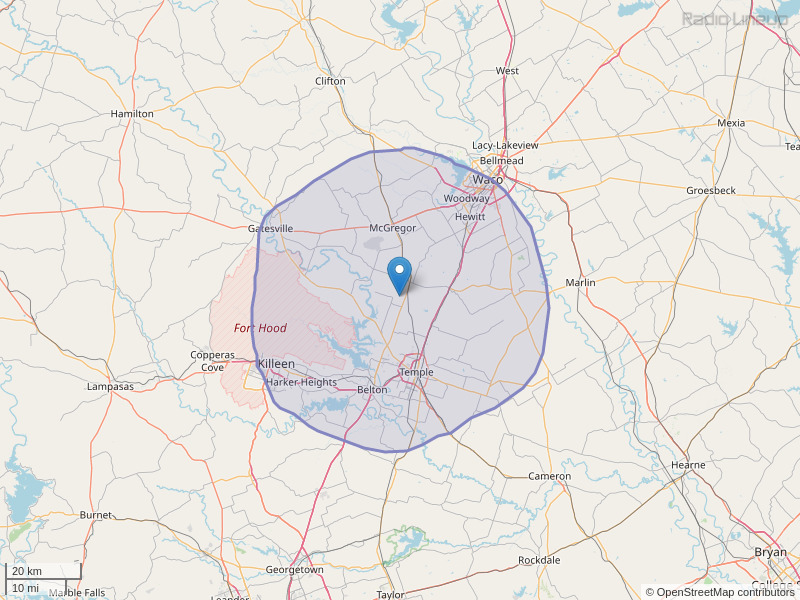 will the temple vs elgin hs football game be covered on your station this friday?
By: Anonymous on November 4, 2014

We are a new Athletic Booster for Mt Calm Tx. We are hoping for sponsorship and Radio Commercials to spread the word for our event. Please contact Jermy Sunday (President) Hope to hear from you This event consist of runs, crawfish boil, horse shoe, and 42 contest. 254 747 1784
By: Jermy Sunday on March 5, 2015

Will you have the games of Football of Temple HS Wildcats?
By: Jorge Valenciano on September 6, 2018

MMA is coming to the Belton County Expo Center on October 19th for LFA 52. Come watch local "All Hail" Hailey Cowan fight in her second pro fight. I wanted to give away a couple of tickets on your station if you are interested in spreading the word. contact Kelly at kelbell49@gmail.com
By: Kelly Stewart on September 27, 2018

Get ready to Speak-Lead-Succeed! Come hear a variety of outstanding storytellers, inspirational speakers, and motivators that will impact, lift, and inform you? Area Toastmasters will speak at the Central Texas Speakers’ Bureau Open House on Thursday, July 11, 2019 at 7 p.m. in Belton. Get your tickets for dinner and a night out on the town at speakleadsucceed.info! Deadline - July 7, 2019 About Central Texas Speakers’ Bureau and Toastmasters: First Established in 2017, Central Texas Speakers’ Bureau’s mission is “To serve as a powerful networking resource for Central Texas, and to promote Toastmasters while allowing members to gain recognition as public speakers." Toastmasters International is a non-profit educational organization that teaches public speaking and leadership skills through a worldwide network of clubs. Headquartered in Englewood, Colo., the organization's membership exceeds 357,000 in more than 16,600 clubs in 143 countries. Since 1924, Toastmasters International has helped people from diverse backgrounds become more confident speakers, communicators, and leaders. By: Shirley Mobley on June 15, 2019
By: Shirley Mobley on July 3, 2019