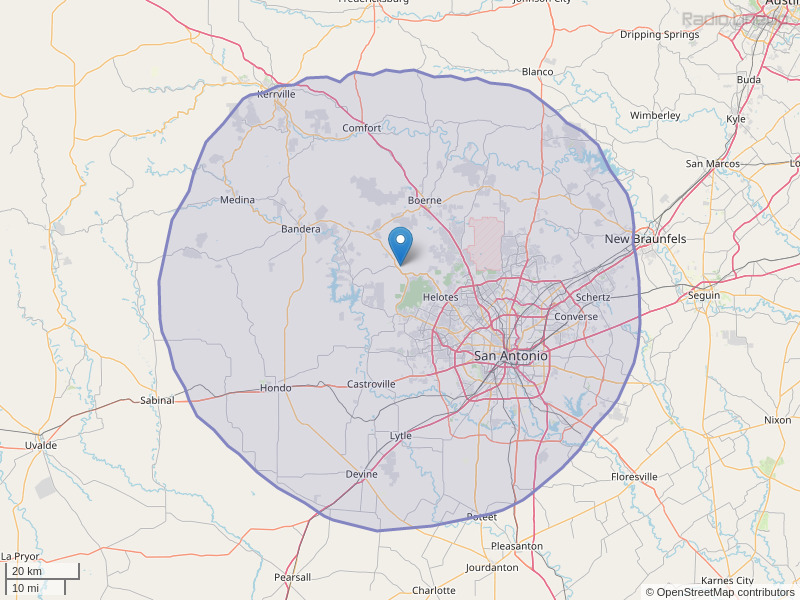 I love la kalle! and jam to it everyday every hour and have trying to win wisin y yandel tickets but yall dont answer!
By: brittany ramirez on April 19, 2011

Why did you switch to rap?? With a city this big there are no stations that play Latin rock musical romantica. This town should get lessons fr Spanish stations In Los Angeles !!
By: Linda Ramires on December 23, 2014

Where did the reggeaton(sp?) music go? I used to workout to this wonderful channel! Boy, this stinks.
By: mel on January 3, 2015

I switched stations when you stop playing Spanish music. Loved it...was unique.
By: Ruth on June 6, 2015

San Antonio needs an urban adult R&B station, not another Hip Hop and Rap station. You guys should change your format.
By: John on August 22, 2015

Can you do a prank call on a co-worker. He does not like to share the radio and is not open to other stations. He likes 98 hit hop, I found your station and I like it. I think he would to. So I was wondering if you can do your phone prank for me to get him to try your station? Dawn please contact me by email for phone numbers. thank you,
By: dawn on January 12, 2017

I turned on the radio this morning and I didn't hear classic jams. I heard latino music. What happened?
By: Jess on April 20, 2017

Honestly, if this is what you guys are gonna play from now on it aint gonna cut it. Its a constant repeat of the same artists but in a different order. Now that its got this LATIN thing in it there are Artists that should be in that list ARE Luis Fonsi, Richardo Arjona , Gabby Moreno (she got a few good songs), Camila, Monenia , Thalia, OV7, Chyanne, Laura Pausini , Tizian Ferro Tardes Negras, Yuridia, MOLOTOV, Mana, Enanitos Verdes, Sin Banberas, Reik and more. UNIVISION has failed at this move and if they cant deliver should eave it the way it was cause I liked it. BUT if they are stuck on KEEPING the change I aint listening if they don't spice up the LATIN MUSIC
By: Pamela Maldondo on April 21, 2017

Is there another station that plays classic jams? I'm really going to miss this station, :-( This was old school jams
By: Diane on April 21, 2017

Why did they take off old school jamz off we only have on rap station Dallas and Houston has two or more rap stations they already have a reggaton station come on San Antonio
By: Ryan on April 22, 2017

Man how are y'all gunna take away two hip stations and replace it with this bs!? Literally 104.5 and 95.1 are both playing the same exact songs at any given moment. The "reggaton" beat is so generic and played out, every song sounds exactly the same. I'm proud Chicano and this music doesn't represent me at all. Bring back those old school jams asap
By: Disappointed Latino on April 26, 2017

Honestly, the only reason I even started listening to the radio again was because of 95.1 and 104.5 music playlist they were putting out with the old school classics. I get we live in San Antonio, and I love my Spanish music/Reggaeton as much as anyone else in our area. However, most people prefer a variety of everything when listening to the radio and when you limit the genres available, people will stop listening. There is too much of the same ole, same ole on the radio stations in our areas. So I will no longer be listening to the radio unless this is changed back to the hip hop old school classics. I have now purchased Spotify premium and will be listening to the music I want to hear. Changes seem to happen without the consideration of your listeners, you had a really loyal fan base that loved listening to your stations but seems as this loyalty was a one-way street, because no one asked or informed us of any changes.
By: Sonia on May 2, 2017

Went to 95.1 and it was playing mexican music. Dont we have enough. Then again CLASSIC JAMS kept playing the same crap over and over. How many Enigmen songs can you play in a hour. All of them. So no big loss changing the format
By: G on May 9, 2017

I LOVE the New 95.1 Latin mix. Regeton energizes me. My 13 yeat old and I don't speak spanish but we LOVE the regeton sound, we LOVE to dance and we like the English mixed in. We only request to add Frankie J. in the line up. He doesn't get the credit he deserves cause the music industry's can't put him in a . But his music should get some air play on 95.1 because it's the perfect platform for his style of music.
By: Monica Dickson on May 29, 2017