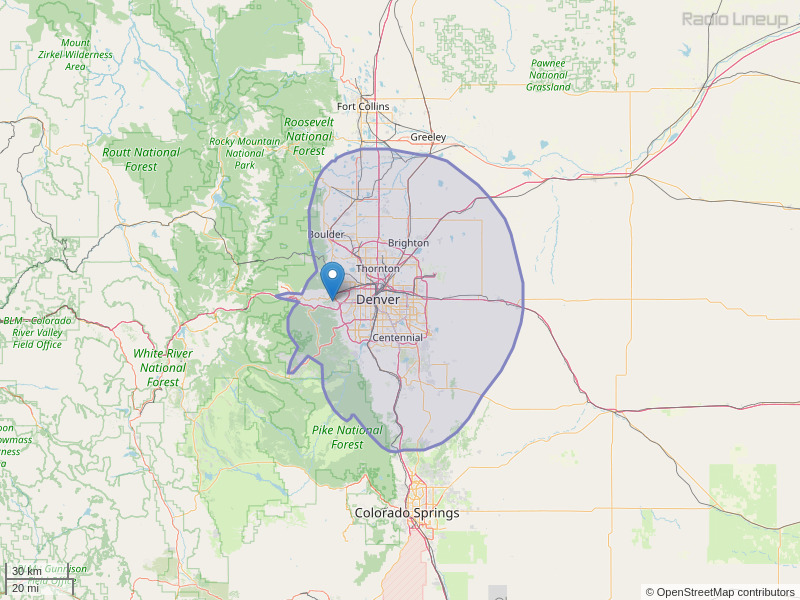 Turn that Billy Joel OFF..that's the worse music you ever played..what a way to ruin New Years,,horrible music...
By: Kathleen on January 1, 2015

I am an Emerson Lake & Palmer (ELP) fan of many years, and one of a group that wants to start an effort to get them nominated into the American Rock & Roll Hall of Fame this year (2018). I belong to an ELP fan appreciation page on Facebook, too, of which many members live all over the world. We are publishing this information on the ELP fan site & asking for help from members there but are also trying to get the word out to as many ELP fans as possible, by whatever means. I am reaching out to music magazines & journalists as well as radio stations such as yours. Can your station help with this endeavor? A curator at the RRHOF told me personal letters sent to the HOF Nominating Committee (NC) is a great way to do this. Here is their mailing info: The Nominating Committee Rock & Roll Hall of Fame 1290 Avenue of the Americas New York NY 10104 ELP still has a huge fan base and their music continues to influence listeners to this day. Their music sounds as if it were recorded just yesterday, even though it is 48+ years old. Keith Emerson's work with keyboards & synthesizers was something the music world hadn't heard nor seen the likes of! In recent years, Carl Palmer formed the ELP Legacy Band and is still a drumming beast, even at 68 years old! I just saw him play in California last month and he plays with the energy of a man half his age! Think about the first time YOU heard Greg Lake sing Still You Turn Me On. Or listen to From the Beginning. Most people never forget. Or take a listen again to Karn Evil 9, Pirates, or Fanfare for Common Man, among many of their awesome songs. This band had 3 classically trained musicians, each of whom were massively talented and creative, and they deserve recognition by the R&R HOF. In honor of ELP, will you please play Still and From the Beginning today, and announce this endeavor to get the band nominated into R&R HOF? Letters should be sent in as soon as possible (like NOW!), b/c the NC starts reviewing letters this summer and makes their decision as to which artist(s) and band(s) are going to be nominated by early fall. One factor they look at is the influence an artist or band had/has. The common belief is that once an ELP fan, always an ELP fan. It is music you will never forget! Please, please, help us promote this endeavor by announcing AND publicizing it at your station. I've been posting this info on every ELP youtube video I come across, as well as reaching out to magazines in the US and UK, as well as classic rock stations. ANYthing you do to help us with this endeavor is greatly appreciated!! Thanks sooooooo very much! Susan Accola
By: Susan Accola on April 26, 2018

looking for a intership, do you have openings?
By: Chelsea Pohlmann on January 24, 2019

I am wondering if there are any radio stations doing ticket contests for the Tash Sultana concert at Red Rocks... looking to book flights from Minnesota
By: Nikki Tabaka on August 27, 2019

Hi! We are Penny Gain, a rockband from Stockholm, Sweden. Our music is broad, from 70s rock in our song "New power rising", to "Tragedy" that is a 1,20 long super fast punk-song, and all between. For now we have 2 song out on Spotify, but our plan is to release 1 new track every month to may/June. Next is planned this October and is called “No way” Our album is planned be released to spring 2021. I want to send "New power rising" and ”Kick the upper class”. I know you’re going to like it! Our website, social media and contact pennygain.se From there you’ll find our contacts, Facebook, Instagram, Spotify and YouTube Channel Best regards tommy@pennygain.se
By: Tommy on September 19, 2020

Thank you for being a quality classic rock station for the entire Front Range. Despite being 100 miles away from me , I would tune in and hear some good times and songs quite clearly. Sadly, those days are over for Wyomingites now that a new translator signed on, however I could still listen online, or occasionally you'll still come in over the local. Either way, thank you for that two minute promise. Note to moderators: KGAB signed on translator 99.5 K258DN a few days ago, and runs the same programming, but one second behind. On air, it identifies as "AM 650 KGAB", which oddly omits the FM. Thank you all for reading this. ZBG of Cheyenne
By: ZBG on July 24, 2021