KSFS is an FM non-commercial radio station broadcasting at 90.1 MHz. The station is licensed to Sioux Falls, SD and is part of that radio market. The station broadcasts Christian Contemporary music programming and goes by the name "K-Love" on the air. KSFS is owned by Educational Media Foundation. 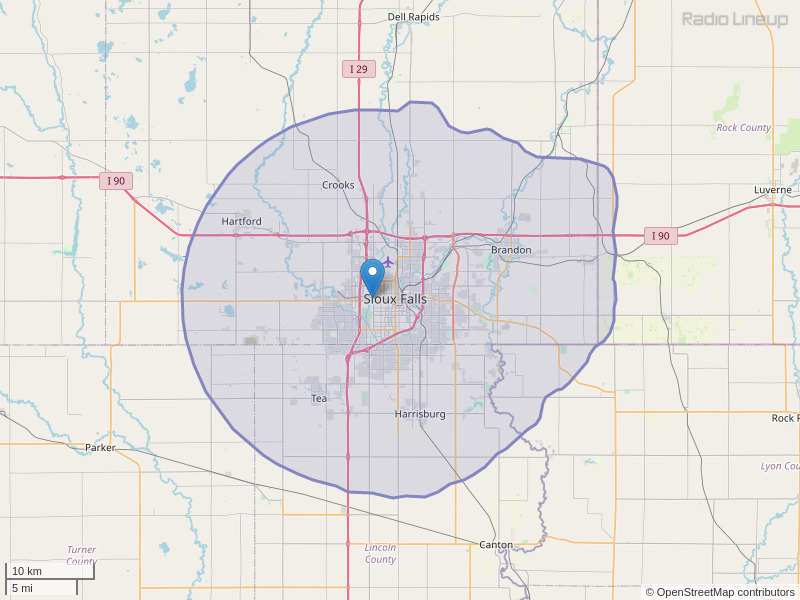 I am very saddened when I listen to the radio station this morning when you was praising Fred Rogers did you realize that he was an ordained minister and a professing and practicing homosexual he was absolutely not a good role model for our children and was no one to be remembered by the Christian Community I'm appalled that you praising this man
By: Keith swenson on March 25, 2018

The Christian community absolutely the place to remember someone like Fred Rogers. He taught children many things including the importance of using one's imagination. He introduced a great many concepts to young and old alike and encouraged peace. As a Christian I remind you, Mr. Swenson , that only our Lord and Savior was perfect and in the position to be able to cast stones. Yet He, who was completely free of Sin, suffered, died and rose again for our salvation. He worked on the Sabbath- once forbidden by the laws of the faith in which he was raised. He ate meat, when His faith said He was required to eat fish. He spent time with lepers and prostitutes at a time when the Pharisees and Saducees went out of their way to avoid the "unclean". So, in this modern day and age when we are faced with the choice of whether or not to sit in judgement of our fellow men and women I ask one simple question of you... WHAT WOULD JESUS DO? I think that the answer to that question is equally simple. I am certain that he would have sat down and broke bread with Fred Rogers without hesitation. I am equally certain that he would not have cast him out as easily as you have done, and for that I am thankful because it means that even you and I, who are so in need of grace, have been granted forgiveness. It's ours for the asking only because Christ, the Lamb who was completely without blemish or imperfection, freely gave His life for ours. Aren't you glad that Christ didn't single you out and say, "Father, forgive only those that I have set apart. I sacrifice my life only for those who have never sat in judgement over others because only they are deserving of the Kingdom." Christ gave only one commandment! We are to love each other. If we all really strive to do that we have a shot at making this planet a better place. We might catch a glimpse of the Eden that Adam and Eve had the privilege of residing in. I'm so very thankful to be covered by His grace and to know His love for me is without conditions or strings save one...Accept that Jesus Christ is my Lord and Savior...He lived. He suffered and died on the cross. He entered into Hell and defeated death. He rose from death and ascended into Heaven and is seated at the Father's right hand. He will return and He will judge each one of us. He will be the judge! Not you, sir, nor myself. I have to admit that I am happy that He's got the job, under the circumstances. I hope, Mr. Swenson, that you understand why. May God's peace and love be with you today and always. Respectfully, Your Sister In Christ
By: Lollene Schoeberl on March 29, 2018

How can I get a KLove bumper sticker? Love this station!
By: MK Gilbert on December 13, 2019