City of License:
New Albany, IN

WNAS is an FM non-commercial radio station broadcasting at 88.1 MHz. The station is licensed to New Albany, IN and is part of the Louisville, KY radio market. 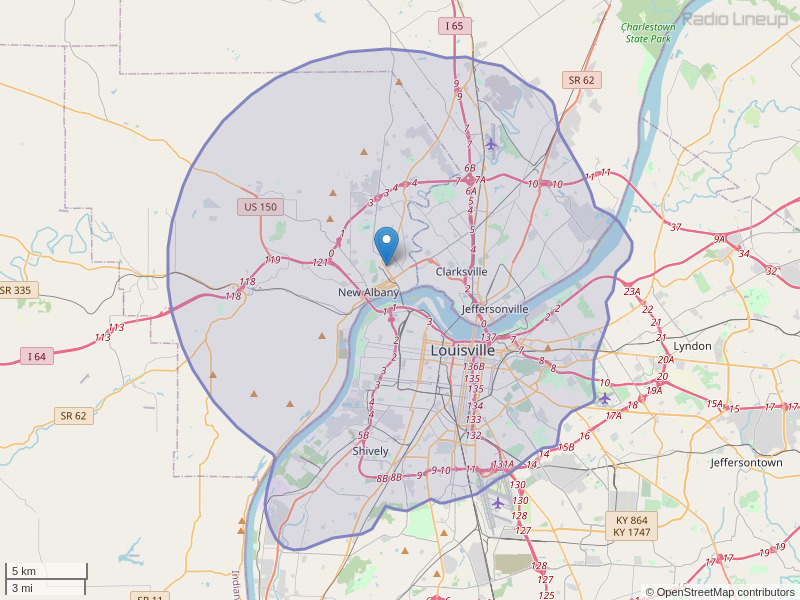 PLEASE, PLEASE, PLEASE HELP MY FAMILY !! This story is about a local Shelbyville Family known as the Overall's. My Family that I love so much we are a proud family and don't ask for much but this tragedy has hit us really hard it has hit 4 generations and we are asking for your help if you go put this in the paper on or on your website we would appreciate we are needing help with our family medical bills and other day to expenses so we have set up a go fund me site to help accomplish this goal but need help getting the message out can you Please,Please help. Thank you in advance and God Bless. Attention....ask that you please take the time out to read this....those who know me....know that my family is everythng to me.....and also know my family is extremely close....please if u find it in your heart to donate what ever you can....and if you are unable to donate.....please share this post.....one click of a button can help just as much....this story is about my aunt Sara overall...and my two little cousins Macy and Trent and my older cousin joe overall....thank you in advance.... go to www.gofundme.com/helpmacyandtrent
By: Charles Overall on June 24, 2015

If you like basketball – and what true Kentuckian doesn’t – you do not want to miss this. Kenny Davis and Gary West, authors of Better Than Gold, Alan Sullivan and Joe Cox, authors of Voice of the Wildcats and Ron Elliott, author of Sinister Influences will all be at the Nelson County Public Library in Bardstown on Saturday, September 12 at 2PM discussing their books, answering questions and just talking hoops! Kenny Davis, Captain of the 1972 US Olympic basketball team and author Gary West will discuss the Olympic Gold Medal game, perhaps the most controversial game in history. They will explain how the top prize went to the Russian team and why the Americans’ continue to refuse the Silver Medal. Alan Sullivan, son of the great broadcaster Claude Sullivan, and author Joe Cox will illuminate Claude’s career as the original “Voice of the’ Cats,” discuss some of the significant events and games that Claude witnessed and described for his radio audience and highlight some of the innovations that Mr. Sullivan brought to broadcasting. Ron Elliott will give some insight into the 1951 point shaving scandal which ended the careers of some great players and nearly killed college basketball. While the University of Kentucky was the “big” name in the scandal, a total of 31 players from eight schools were implicated. Their stories are an integral part of today’s game. Mr. Roth Stratton of WBRT, serving as moderator, will allow the gentlemen to address any and all questions. Books will be available for purchase and the authors will be happy to autograph their works. -- Carol Elliott Nelson Co. Public Library 502-348-3714
By: Carol Elliott on September 9, 2015

To every American and Patriot in Indiana: Officially now, Senator Cruz joins Governor Kasich in not able to get enough delegates to win on a first vote on the Republican primary. Both fought an admirable fight. Both should be commended. Simply stated, for either of them to win now democracy must lose. The only way for them to be nominated is to buy, or court (payoff) delegates against the vote of the people. Both are millions of votes behind Candidate Trump. Our country, we believed was always One Man, One Vote. Like most people, I never knew that there was a system in place built TO STOP One Man, One Vote as in what happened in Colorado, Pennsylvania, Missouri, Louisiana, etc.. That is why 63% of Americans did not vote on the last presidential election. The Constitution was never designed for SuperPacs or smoke filled back room by person simply identified as Elitist or Establishment. The Constitution says “We the People” NOT “We the Party”! We fought for this country. Your vote does count. Please Vote for Democracy and vote for Trumpl! “All gave Some, Some Gave All”
By: mike martino on May 1, 2016

Kid's Night 4:30-8pm Tuesday 4/30/19🎪 Come one, Come ALL Bring your kiddos out to see our Clarksville Fire Dept Fire Truck, Clarksville Police Dept Police Cars, and Jonathan White Teresa White & Shane Whitlock with Westside Towing & Services' Tow Truck 🚒🚓🚙🚨🚨🚨 We will have a gold fish toss 🐟, pie in the face 🥧, face painting 🎨🖌, a cool coloring table 🖍, a DJ 🎶🎶, treats 🍭🍬🧁🎈 & more! This will also be our SEVENTH Annual Aiden's Legacy night, 10% of you food purchases will go to this benefit! Come out & party with us this night with a cause! 🎈🎈🎈 This is something Nichole, Chandra, Jeanne & I have been working on for a month, please come have a fun night with us! Aiden himself will be our Special Guest this evening!
By: Ashley Whitlock on April 25, 2019