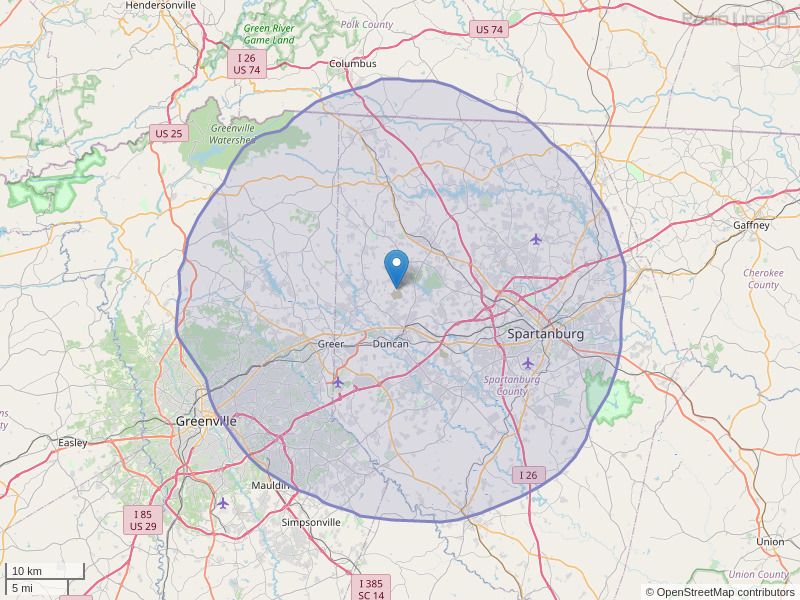 Beach Bob needs to get a life. What is this obscure bull he plays. It does not have a good beat and you can't dance to it Dick.
By: Joe on October 20, 2011

I live in Pelzer. The only time I can listen to WOLT is when I'm going towards Greenville.Great station, but has a weak signal in my area.Beach Bob has a great show, if I could listen by the pool.Please fix this problem.
By: joe on December 2, 2011

People are discussing the irony of Debra speaking for Greenville County Animal Care when she got rid of her 2 precious dogs & her cats. She & Bill confirmed that in their video yesterday. Everyone already knew. People hope that she at least kept the 2 dogs together. So many of us remember Bill's videos with the dogs when he kept them for her several months ago. Folks are saying that she reconciled with the fella that she subtweeted about for months on end about what a horrible person she thought he was. She certainly insinuated terrible things about him. It was posted all over her social media & WRTH listeners follow those accounts. Peeps are saying that they moved downtown & she gave up her pets. Most people think of pets as family. Hope she knows you can't do that w/humans. Beth Bradley on WSSL loves her pets & she's an excellent role model. She should speak for Greenville County Animal Care. Now people say that the sad part is that now they have had to move from their treasured downtown apartment because her Mr. Wonderful no longer has his job. In the video yesterday Debra seemed to condone having "outside" cats. As an advocate for all animals but especially dogs & cats, it's not a good idea for her to promote keeping pets outside. It's very dangerous for them. I know that many parents who have adolescent girls who listen to Debra on the radio or watch her on the WSPA shows are upset about the promotion of unwed mothers while others are going to voice their distaste for the matter to Hyundai of Anderson. I personally think that's silly. It's 2016. I stand with the people who don't want her to be a voice for homeless animals when she gave hers up & don't appreciate her promoting the idea of leaving cats outside. I wish her the best but I think more people will speak out. It's just our opinions as listeners but we are the people who patronize the businesses that advertise with you. Thank you.
By: Beverly on August 28, 2016