KIOT is an FM radio station broadcasting at 102.5 MHz. The station is licensed to Los Lunas, NM and is part of the Albuquerque, NM radio market. The station broadcasts Classic Hits music programming and goes by the name "Coyote 102.5" on the air with the slogan "New Mexico's finest rock". KIOT is owned by American General Media. 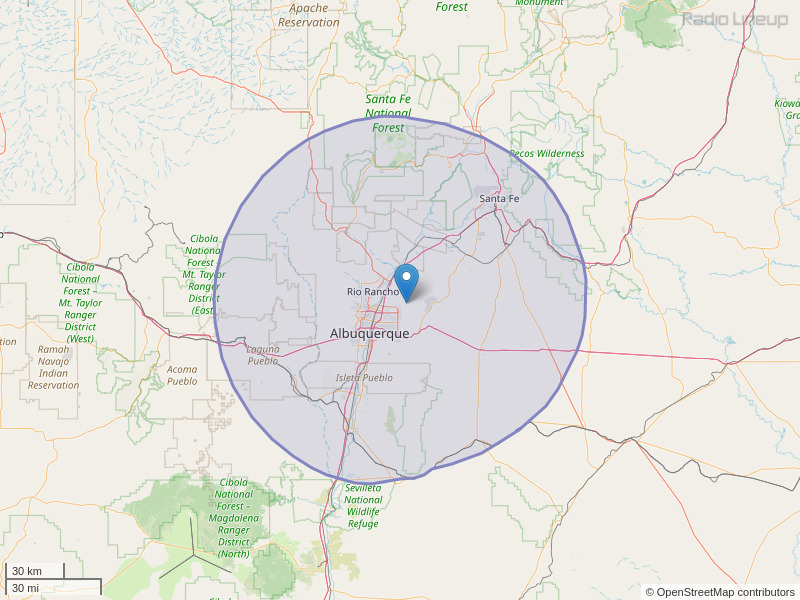 My brother Eddy Schoppe would request ketchco Park By The Beatles, how can I request it be played
By: R Schoppe on May 10, 2013

I just wanted to say that I think Erika Viking is rude, and takes nobody else's feelings into consideration at all. She puts others down to make herself look and feel better and guess what Erika, it does not work. You are nasty and I Will NOT be listening to you any longer. Thanks for ruining morning radio for all of Albuquerque! I will tune in after 10am each morning when you are OFF the air.
By: Annette on July 30, 2014

Just wanted to know who sang a song played around 9 am this morning, female with lyrics, " she's gonna please you, she's gonna tease you" . Artist name and song name please.
By: SSandoval on March 19, 2015

Wew lad I wonder if anyone will read this.
By: Anonymous on December 30, 2016

Play something off Tom's last album. Please You can do it without asking, Just do it !!! Thanks !!
By: Brian Hudson on October 3, 2017

For SSandoval 3 19, 2015 The song is "Bette Davis Eyes" The one you heard was probably sung by Kim Carnes. 1981 written by songwriters Donna Weiss and Jackie DeShannon in 1974 Took me forever to recall it but since it is old, it doesn't come up on searches often
By: KMJackson on August 27, 2019

this is not a dejavu, hummingbird from illinois misses mountainman1965, in los lunas nm, im on twitter also
By: hummingbird on November 25, 2019

thank you for sending out my message , i did hear from mountainman 1965, my arms are always wide open for mountainman 1965...hugs to you all at the radio station
By: hummingbird on November 29, 2019

who is artist and title of song played today just before yes/ owner of a lonely heart bout 8 or 9am
By: elaine olguin on February 27, 2020

Removed 102.5 from my radio presets. Erika Viking spewing political vitriol (and her sidekick tacitly agreeing) is inappropriate. Content should be classic rock and classic rock entertainment... not political beliefs.
By: Karl on August 26, 2020