Owner:
Arizona Board Of Regents For Benefit Of University Of Ariz. 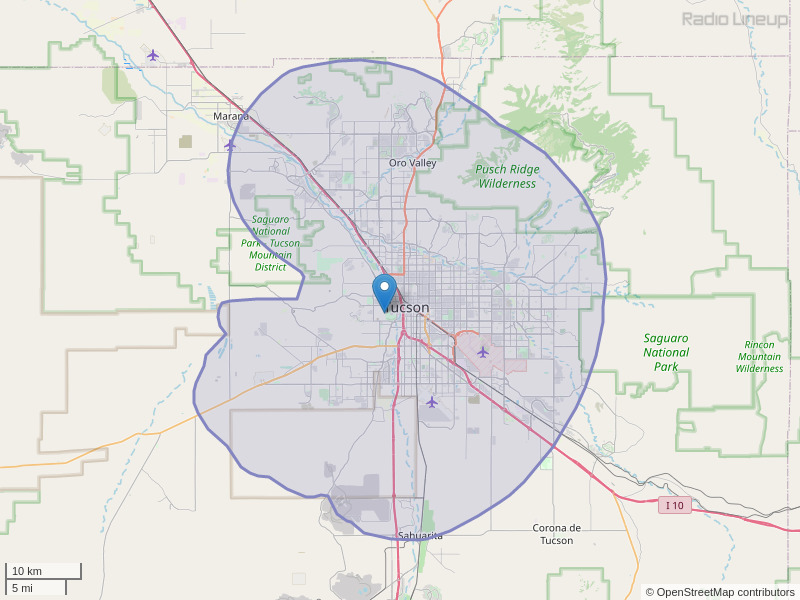 Hello, I am a committed public radio listener and donor recently moved to Green Valley from Iowa. I cannot get a good signal for your station here. Should I be able to hear KUAZ in Green Valley? Are there any other options, such as translator stations? Thank you. Phyllis Lepke
By: Phyllis Lepke on January 20, 2015

The Sam Hughes Home and Neighborhood Tour is set for Sunday, April 9, 2017 from 12-5. This popular walking tour of a midtown historic neighborhood contiguous to the University of Arizona has been conducted approximately every other year for decades. This year's tour features 10 residences, music and art, a talk by Sen. Steve Farley about Mid-Century Modern homes here in Tucson, new and/or interesting businesses, and other points of interest in the one square mile historic neighborhood bordered by Campbell Ave. and Country Club Road and Speedway Blvd. and Broadway Blvd. Price:$25 Ticket Information: www.samhughes.org
By: Bobbi Hutchinson on March 15, 2017

Andrea Kennedy: "Join us tomorrow morning at 5:00 AM." Would someone explain to Ms. Kennedy the meaning of redundancy?
By: r. g. tamminga on July 20, 2018

It used to be that NPR and BBC were the straightest shooting, unbiased news sources. In the several times I've tuned in to KUAZ 89.1, I've been disappointed and angered at the continuous Trump bashing programming and decidedly left leaning guest interviews spouting unsupported opinion. I guess NPR has devolved into the biased rhetoric pablum spooned out hour after hour by the major networks. Shame on you.
By: Pierre on October 26, 2020

I would like to see if I can get an interview for a case that I been working on for almost 25 years. This will include a book that I have written. Thank You Edwin Collazo 5203903316
By: Edwin Collazo on January 8, 2021