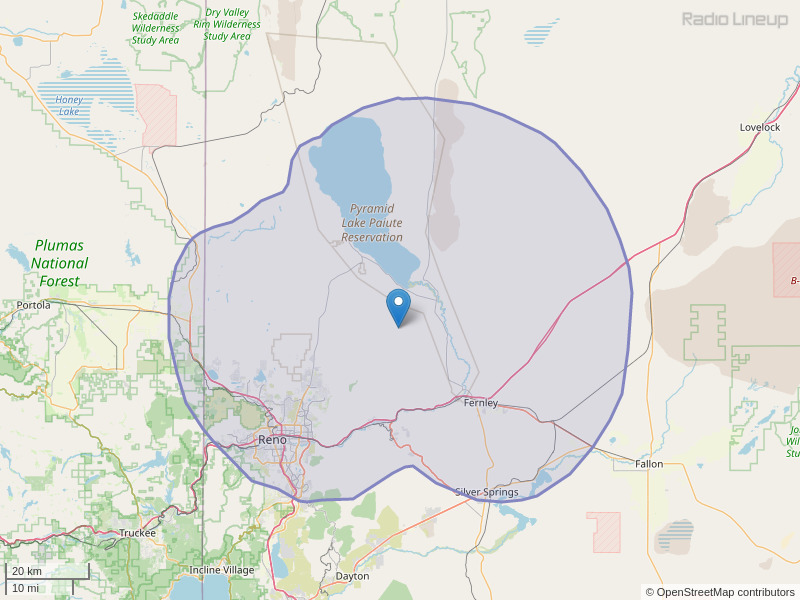 A unique variety of songs not heard anywhere else on the Northern Nevada airwaves.
By: J on July 14, 2015

New to the area and just found your station. LOVE IT. Have never understood why with all the hundreds of thousands of songs out there so many stations play the same 40 or so crappy songs that all the other same format stations play. Keep up the wonderful song selection I'm hearing and you've got a new listener.
By: Dan on January 6, 2016

I LIVE in Sun Valley, I had no idea there was a radio station here!? Anyway, I stumbled across KJIV a couple days ago and ABSOLUTELY LOVE IT! An eclectic mix of music and entertainment with no banal talk or commrcials. Since I found 89.1FM I now look forward to my commute to and from work! I never know what crazy thing is going to come up next but it's always good! This is what a radio station SHOULD be! Please email me back, I would love to see the station, donate and be a friend of KJIV.
By: Monty Hansen on January 27, 2016

Great station, reminds me of the old days of the X and it nice to see its the old Gang
By: Larry and Shellie on February 23, 2016

We loved finding this station on our way to Gardnerville. Great mix and surprised by the constant well chosen music. Hope it will be a success, wish we had this kind of station in Bend, Oregon, perhaps that is the next station to open up, it would be well received!
By: Jay on April 29, 2016