KYSA is an FM non-commercial radio station broadcasting at 88.3 MHz. The station is licensed to Sparks, NV and is part of the Reno, NV radio market. The station broadcasts Christian Contemporary music programming and goes by the name "Air 1" on the air. KYSA is owned by Educational Media Foundation. 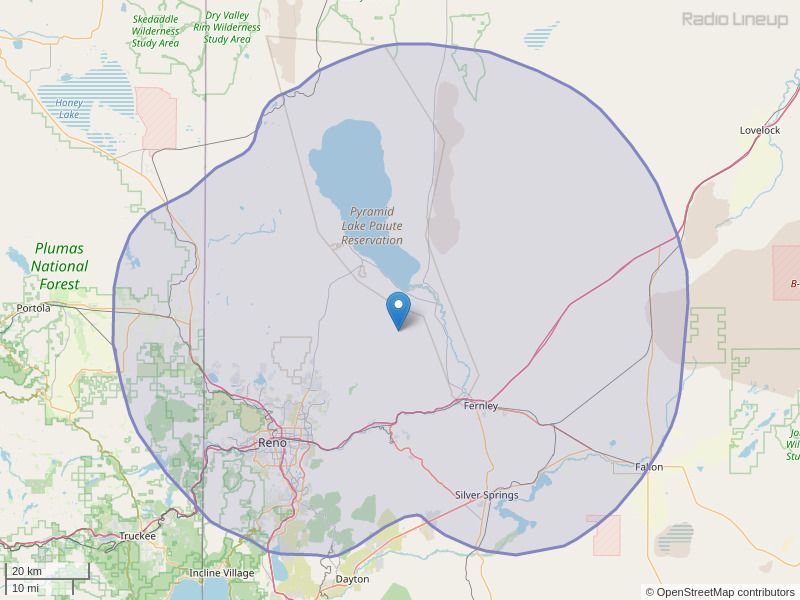 Happening now! Fundraiser yard sale at Eagle Valley Middle School in Carson City for the Northern Nevada FIRST Champions, The Jedi Engineers! This robotics team will be heading to Houston, TX in April for the World Festival. Then in the summer, they will be competing in an International Championship in Bath, UK! Come out and support these students! The yard sale will be going on until 2 pm today!
By: Lisa Stocke-Koop on March 11, 2017

This is new. Satellite radio has taken over the nation. However, there are still a handful of local stations out there that do things the old fashioned way. But they are rare! I'm familiar with Air 1 and it seems to be a 'harder edge' version of the CCM format, occasionally playing the 'more rockish' songs maybe once an hour. I'll plug this into the car radio because I do like a little variety in the music I listen to. I would love to hear an occasional 'oldie' from the '70s & '80', Randy Stonehill, Honeytree, Andrae Crouch, etc. I think there is room for that, especially in CCM as the message is the same, it's just the delivery that differentiates. From the secular world, the early rock still works with what's popular today. You'd have to be selective, of course, but it is doable! Just a thought!
By: bill thibault on May 31, 2019