KXQQ is an FM radio station broadcasting at 100.5 MHz. The station is licensed to Henderson, NV and is part of the Las Vegas, NV radio market. The station broadcasts Rhythmic Hot AC programming and goes by the name "Q100.5" on the air with the slogan "Today's Rhythm & Vegas's Best Throwbacks". KXQQ is owned by Audacy.

History:
August 2010 - The station flips from being 100.5 Jack FM playing a adult hits format of 70s, 80s, and 90s music to a news/talk format repeating KNXT AM.
With the merger of CBS Radio and Entercom completed on November 17, 2017, the station became part of the new combined Entercom. 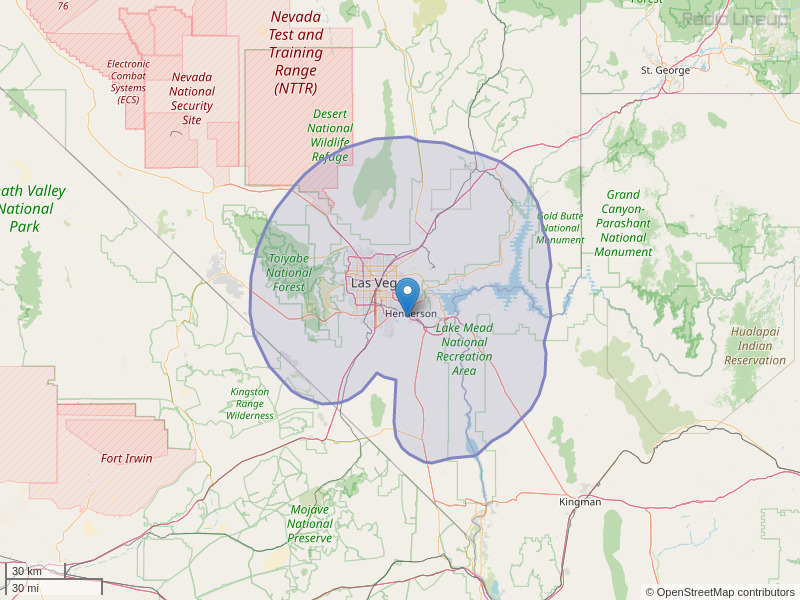 I used to love this station. It was the only talk radio format in Las Vegas with a clear signal as it was an FM station. Now they play awful urban music. I think it was really lousy of CBS to change the format as soon as the debates began. This is an important election year and you've kept the people from being informed. Shame on you.
By: Jille G on March 2, 2016