WDUV is an FM radio station broadcasting at 105.5 MHz. The station is licensed to New Port Richey, FL and is part of the Tampa-St. Petersburg, FL radio market. The station broadcasts Soft Adult Contemporary programming and goes by the name "105.5 WDUV" on the air. WDUV is owned by Cox Radio. 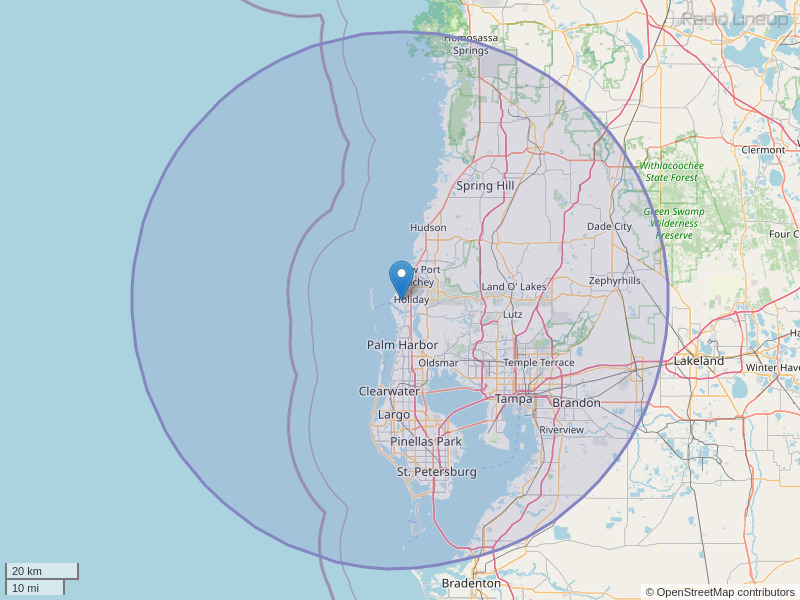 Love your station. Just me but too much McCartney.
By: Rick Fuller on October 27, 2011

Can you get rid of the Morgan and Morgan commercials. I turn the radion off when their commercials come on. They seem so phoney and they represent most doctors that other firms will not contest. They do leave people that really need a lawyer without one because of that. They are on to much and if they were for the people they would be for both sides. Please get rid of them. Just to let you know I never had and use or contact with them. Their commercials are phoney.
By: Fran Chamberlain on February 7, 2012

I love this Station for a long while over 10 years, when we stay for some weeks at Seminole. We are Germans and we listen in Germany also such music from the good old days, perfect. We are short before 2012 visit at Seminole again and stay until first week April. We love the Florida Sunshine after our hard winter season 2011/2012.
By: Paul on March 5, 2012

What happen to your chart where I can look up the last few artist that hv recently played....
By: Gail Alvarez on November 13, 2014

what is with the offensive gibrish at the end of one of your ads?????? It is incredibly RUDE and downright abusive!!!!I am assuming its some sort of disclaimer--I am going to find a different station ..Just listening to Mr. huge is bad enough..........
By: Barbara Tagliarino on September 24, 2017

Shout out for playing Donna Summer on your station. Hardly ever hear her and it’s good to finally enjoy her once more!
By: Diane on August 14, 2021