WXTB is an FM radio station broadcasting at 97.9 MHz. The station is licensed to Clearwater, FL and is part of the Tampa-St. Petersburg, FL radio market. The station broadcasts Rock music programming and goes by the name "98 Rock" on the air with the slogan "Tampa Bay's Rock Station". WXTB is owned by iHeartMedia. 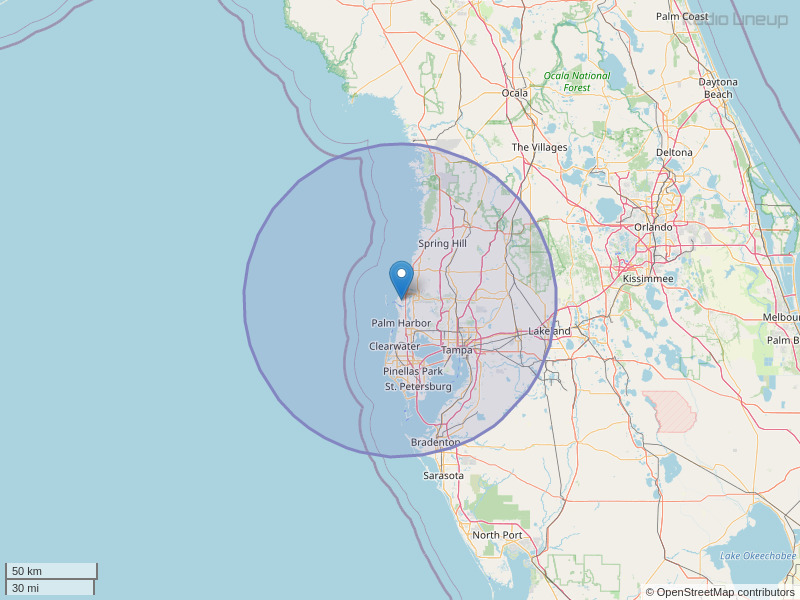 i was looking for adeal on tickets for a tampa event on craigslist came across a guy called roger the 813 325 3194 had what i was looking for he seemed a little shady so i asked why he was selling the tickets under face value he told me he has a connection a the radio station a friend named elliott who can get tickets for every event in the area im pretty sure these tickets were meant for contest winner just wondering if im being scamed or the listeners
By: Anonymous on March 25, 2013

Do you Have a Radio Station App I can download On My Phone I listen to ur station Everyday And I was wondering if you had a radio station
By: Rebecca on May 15, 2016

HELLO HAPPY HOLIDAYS HOPE ALL YOU GUYS ARE HAVING A AWESOME ONE TO COME ! IVE BEEN SIGNING UP LIKE A CRAZY LADY SINCE JULY FOR THE TRANS SIBER ORCH CONCERT IS THERE ALOT OF FOLKS SIGNED UP AND IF I WIN WILL I GET (4) PASSES IM A SINGLE PARENT I DONT LEAVE MY KIDS WITH NO ONE I WORK WHILE THEYRE IN SCHOOL SO I WOULD WANT TO TAKE MY KIDDOS WHICH ARE OLDER TEENS! PICK ME PLEASE
By: REBEKAH RIVERA on November 28, 2016

My name is Andy Mounsey, a US Marine Veteran. I run a volunteer based origination called Ybor For Heroes. I started in 2015 by myself and raised money for a local hero and combat wounded Marine Mike Nicholson, it was small but I raised approximately $2300. Last year I had volunteers and we raised money for Wounded Warriors Ability Ranch in Pinellas Park, we had about 450 people in attendance and raised just under 8 thousand dollars. I’m hoping to get the word out for this year’s event, it’s annual and falls on the Marine Corps Birthday (Nov 10th). I lost a close friend to an overdose in January and it was due to his bad mental health, as the founder of Ybor For Heroes I decided we’d focus on that issue. We will be raising funds for Veterans Counseling Veterans ( https://www.vetscounselingvets.org )who are also local to the bay area. Please contact me if you are interested or would like to help us promote. Sincerely Andy Mounsey Ybor For Heroes President 813-679-5434 YborForHeroes@Gmail.com
By: andy mounsey on July 31, 2017

I'm from Pittsburgh and there is not a radio station that can compare to yinz. Love the variety! Keep up the awesome work.
By: Lee Ann on April 24, 2020