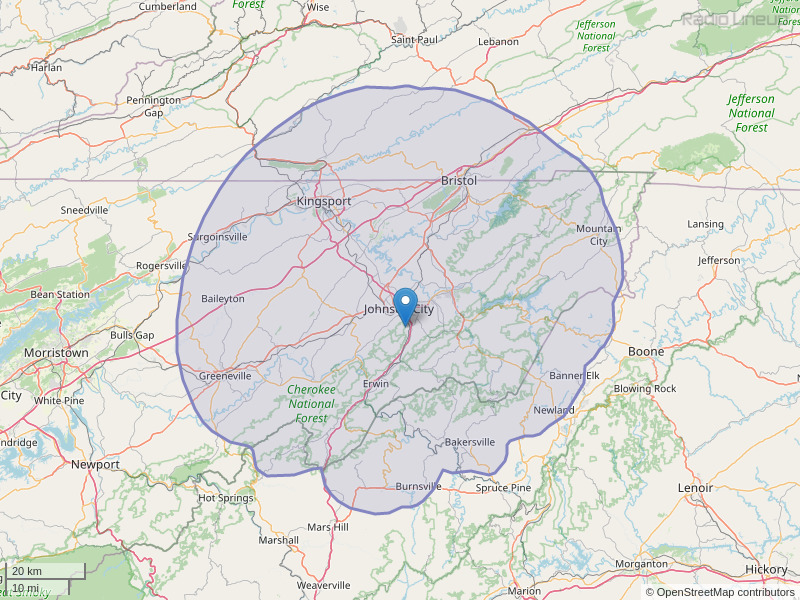 What happened to Bill Bennett in the morning and having some completely idiotic interiview about Johnson City signs! It is awful!!!!!
By: Joy Day on July 5, 2011

I listen to talk radio late to early in the AM. I have noticed lately that you have two program overlap quite often which is quite annoying. Are you Aware of this , if so why is this happening. Also your station goes off air for no apparent reason frequently. Would appreciate you addressing these issues because I like your station. Thanks so much...........
By: Ron Bray on March 3, 2013

I listened to the show this morning and was apsalutly messmarisied! Finnally someone speaks about our school systems and the way they are imorally corrupted!! I have an amazing story...My son has recently transfered schools from Southside Elementary to Nortside Elementary. So recent as of 3 weeks ago! So far they have lost my child NOT one time BUT twice by sending him on the school bus when my child is NOT a bus rider home!!! Two days ago my Husband went to the school to pick him up and once AGIAN they put him on a bus..... MY husband is a big guy but a teady bear, but when they saw that he was extreemly upset, they BANNED him from the school. Meaning he can not pick his own child up from school now because of his size! He scared them!!!! IM sorry but If I was ANY concerned Parent that gived a Damn ofcorse Im gomma be upset!!! They proceded to tell me that they new where my child was and that we were over reacting!!!! I need some help on how to go about this. I conceder it discrimanation!!!! What do you think? And if they can loose my Child not once but twice how in the hell are they gonna keep there eyes on hundreds of students?????
By: Sheana Patterson on March 28, 2013

Please replace Glen Beck there are plethora of reasons and I know im not the first to ask.
By: danny quillen on November 11, 2016

I live in Morristown and listen all day to your station. Sometimes, the reception has a lot of static. Have you ever considered putting an app of your station in the app store? Would love to be able to carry my blue tooth speaker from room to room and be able to listen to your station.
By: Mary on January 8, 2021

I listen from morning 'til night. I've been meaning to let you know earlier, but, I've been distracted. That new bumper "music" you've been using lately is absolutely horrendous . That heavy BUMP, BUMP, BUMP just doesn't get it. Could you possibly consider something a little more toward the easy listening. Thank you
By: John Augustas on February 5, 2021

I was so happy to hear last night at 6pm that quinence was NOT on and a really interesting guy was, He was very intelligence and not just reporting what he read online
By: michele on July 14, 2021

I work alone all day, I used to listen to WFHG all day for entertainment , I can't anymore because I can't stand to listen to hugh hewitt. He is nothing but a fake personality, just like all the professional politicians today he plays to whoever he's talking to. And anybody that brags about being "from the beltway" is NO ONE I care to here from. And I'll guess many more in your listening area feel the same. (by the way clay and buck only repeat their selves again and again). My biggest critique would be what a shame it is that you don't realize what a gem you had with your LOCAL talk in the morning. I believe a "bad" local host would be much more popular than a cookie cutter national talking head. You recently had a call in poll on the time slots of two of the national shows..... I dare you to do one and ask if WE THE LISTENERS want to replace ANY of them for a LOCAL show host. I'll bet it would be so lop sided your phone would fall over. Sorry to say all I said will probably have no bearing on the "bottom line" Thanks if you read this, Chuck
By: Chuck on August 8, 2022