WXXL is an FM radio station broadcasting at 106.7 MHz. The station is licensed to Tavares, FL and is part of the Orlando, FL radio market. The station broadcasts Contemporary Hits Radio / Top 40 music programming and goes by the name "XL 106.7" on the air with the slogan "Orlando's #1 Hit Music Station". WXXL is owned by iHeartMedia. 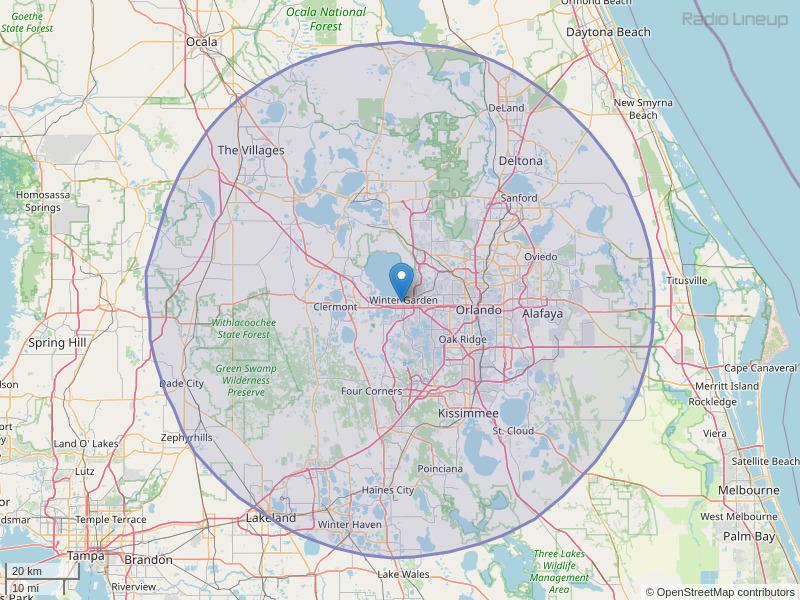 Hi my name is Ami im sending this message regarding my.friend Ruth Garlo she's single mother of 3 kids their father is in africa and she just moved to orlando 7 months ago and has no job and her two children bIrthdays are in December and she has nothing to give to them.her sons wish to go to Disney world for his birthday and she have no money take them there and also no Christmas gift.and they just turn off their cable. I wish that you guys can help her in any way I would Really appreciate it. Her phone number is 7736811873
By: Ruth Garlo on December 20, 2012

Hello! My name is Carrie Scarbrough and I’m with The Chase Academy, a non-profit school for kids with Autism in Daytona Beach. Our 4th annual fundraiser is coming up - Chasin the Blues, a Blues concert at The Bank & Blues on Sat 4/5 (World Autism Day). We’d like to offer your radio station free tickets to give away on the air daily through 4/4. ($40 value). By giving away these tickets on the air, you’d be creating awareness not only of autism, but of our school and our event! 100% of all funds raised at this event go directly to tuition for Volusia county kids with autism. We hope you’ll be interested in the ticket giveaway! Please contact me anytime to discuss: carriescarbrough@icloud.com or 407-474-2120. Thank you so much! Carrie Scarbrough
By: Carrie Scarbrough on March 3, 2014

Hello, this is a listener of the station. I want to request for you guys to play more music by 5 Seconds of Summer. They are a rising band in pop culture. It represents many fans & we would love for you to play their music. Thank you!
By: Ariana on June 25, 2018

Hi my name is Rebecca Alonso. And every time I’m in Orlando I listen to XL 106.7. I think that it’s an awesome and fun radio station and that they play the coolest and hottest hit music!!
By: Rebecca Alonso on August 2, 2020