The Best Mix of the '80s and Today 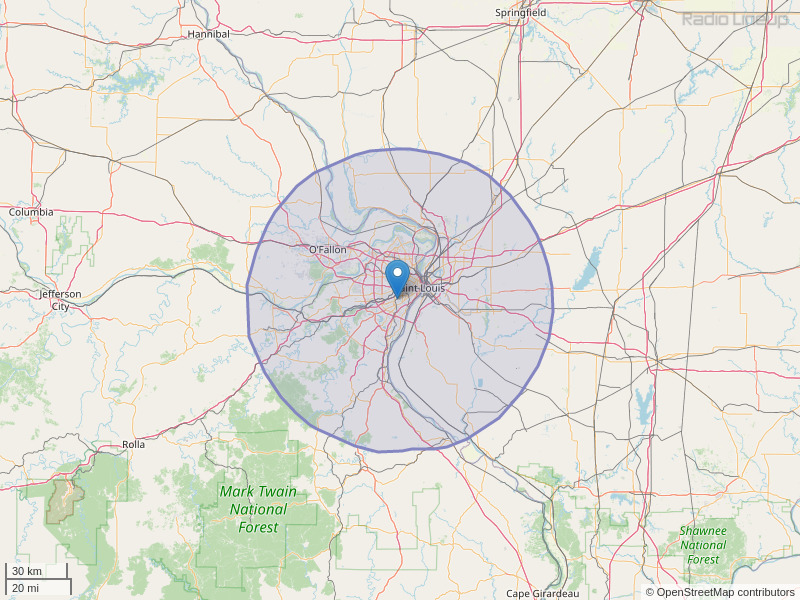 what happened to maryann carson and ed goodman. i miss them in the morning.
By: diane hellmann on January 19, 2011

Good luck on finding out....I've asked several times and no response....figured they probably retired...and the station lost their best two when that happened....
By: Bev Butler on January 19, 2011

I have not figured out why the personalities changed- if the music needs more variety that is the programmer. I wonder how much age has to do with it all. The nonsense banter is a lot more now so it was not about bringing greater quality to the information "shared with the audience.". I did get an answer from the program manager who used corporate jargon to cover the fact that CBS may just be crossing the line of loyalty and a few other lines as well.
By: deb on February 8, 2011

Your new music and your new announcer stink. won't be listening anymore, after listening for many years.
By: Mary on February 24, 2011

Really miss listening to Ed & Mary Ann! Just not the same in the mornings without them, so I've changed stations after 20 years of listening to 102.5. Dana would be great in the early morning! Why not her?
By: Darla on February 25, 2011

I have listened to 102.5 for decades. I wondered what happened to Ed Goodman and Mary Ann Carson. I know I got tired of Mary Ann Carson. She didn't seem to add much to any conversation. I really liked Ed. Yes, I wondered what happened to them also. All of a sudden I turned on the radio and didn't hear them any more after the first of the year. I just figured Ed had earned a long vacation and was taking it at that time.
By: Sharon on March 2, 2011

I rather enjoy the new morning show hosts. Susan Thomas is a hoot and the new guy, whatever his name is funny. Would someone please get him an air circulator in the studio. He does seem to make comments about air flow, a lot. The bronzer jokes yesterday were hilarious and his hooked on phonics joke right before playing Lady Gaga was too funny. You've got a new regular morning drive listener.
By: Tiffany on March 2, 2011

I turned it off about two years ago, when Cindy Collins left.
By: Anonymous on March 8, 2011

I cannot stand to listen to the morning show anymore. I have switched stations because I do not like to listen to the new DJ - when he starts talking, I switch stations. Bring Ed Goodman back.............
By: Lynda on March 18, 2011

I too am sorry Ed Goodman and Mary Ann Carson are gone. I do not care for the new DJ. I am looking for another station in the morning.
By: Anonymous on March 29, 2011

Aren't we an English speaking country? Some one needs to give the new male DJ in the AM speech lessons, as he speaks as if his mouth is full of cotton. you can hardly understand him 1/2 half of the time
By: Elicia on March 31, 2011

I have tried ti like the change but have not beeb won over. I always enjoyed the healthy exchange between mary Ann Carson and Ed Goodman and others. I don't mind Susan--enjoy her humor but that's it. I have been with the station for many year, through other changes (some I did not like) but I find the DJ not what I need during the early morning trip to work. So----- I am signing off and have changed to another station.
By: Kate on April 1, 2011

Did Mary Ann Carson & Ed Goodman go to another station? I have seen MaryAnn Carson recently on Channel 9, but what about Mr. Goodman?
By: gayle on April 5, 2011

Morning show was so-so until Laurie Mac came onboard. Now it's worth listening to. Keep her, ditch the guy!
By: Dave on May 20, 2011

I do not like the new DJ in the morning, sometimes you cannot understand what is saying and he laughs at his own jokes. Susan Thomas is wonderful, PLEASE bring back Ed Goodman and Mary Ann Carson. Since they were fired KEZK is not worth listening to.
By: Vicky on August 26, 2011

I miss Ed Goodman so much. Didn't really realize how much until Christmas time came around. It's not the same at all in the mornings..:(
By: Anonymous on December 14, 2011

Why do you not have Susan Thomas's picture displayed as one of your staff? She's wonderful and deserves the recognition!
By: Peg Boulware on June 22, 2012

I think Vic Porcelli is my twin brother he is so on point with what I am thinking I just want to call him and say wow I was thinking the same thing I love him keep it up Vic
By: Cynthia on September 5, 2012

My teen daughter and I used to listen exclusively to KEZK. Now, with the format change, the morning folks and Delilah gone, neither of us listens. What a shame, we'd been listening for all her life!
By: Marcy on October 10, 2012

I miss Ed Goodman. I listened to KZEK for years. I don't like the new person he grates on my ears. He reminds me of the guy on Sirius on the 60's channel Terry Young. I read on the computer Ed might come back is that true? I found Cindy Collins so I went to KLOU to listen to her. Cindy and Ed were a good team. What a shame you destroyed a good team and a good radion station.
By: Sandy T. on November 16, 2012

With Delilah gone I have no reason to listen to 102.5 anymore except for the Christmas music.After the holiday's without Delilah I won't tune in much anymore,sorry.
By: Nathan on November 17, 2012

I always thought Chris Kelly was the best on-air personality there was. What's happened to her? I worked with a girl who was interested in broadcasting and encouraged her to listen to Chris Kelly because I thought she was so good.
By: Jim on December 27, 2012

Ed Goodman moved to Florida and is working at a radio station. Mary Ann Carson is till in STL and does the Channel Nine drive. Both were let go for a hipper audience draw.
By: Anonymous on March 2, 2014

Just found out that Ed Goodman passed away in January 2015 from cancer.
By: Kathy on October 1, 2015

I just found out that Ed.Goodman died. He was a great radio personality. RIP.
By: Anonymous on December 13, 2015

I really miss falling asleep listening to soft rock 102.5 with Delilah! I use to call in and make request for boys I had crushes on, puppy love..... good ol days! I've fallin asllep to her show since I was a little girl. Now I can never fall asleep peacefully :( miss you Delilah!
By: Ang on June 16, 2016

Can you play Scarypoolparty's Tonight?
By: Anonymous on June 29, 2019

Bring back the music mix pre-Christmas. I don’t like the new sound. I’ve heard Gypsy by Fleetwood Mac at least twice a day since Saturday. Don’t call yourselves the best mix of the 80s through today when there’s nothing played past the 2010s.
By: Anonymous on December 30, 2020