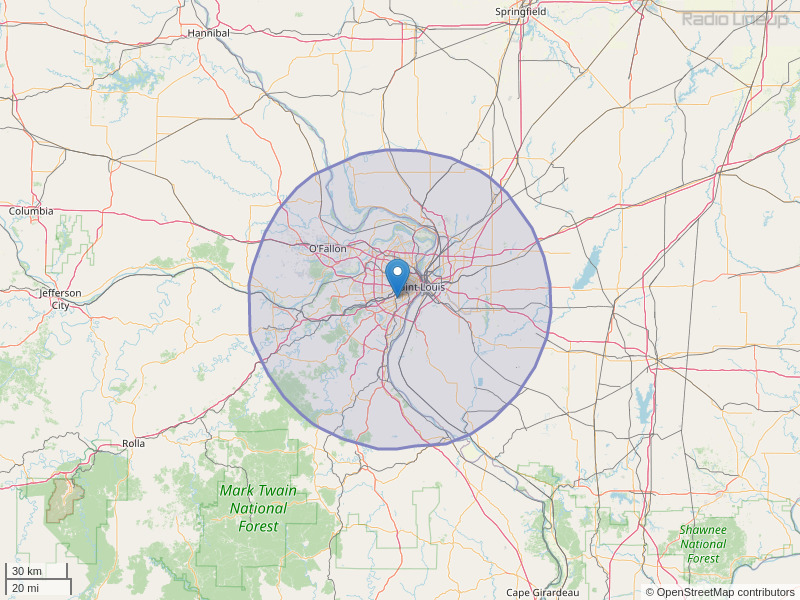 What happened to your format? I would have classified it as classic rock now it appears to be classic top 40. Sorry top 40 will never be a fav. of mine. Time to move on or back to KSHE.
By: darby fecht on December 4, 2014

did the format change today? im hearing music i never heard playing this morning
By: glenn on January 30, 2015

New format sucks. My boys are 25 and 20 and they enjoyed coming home to Illinois and listening to your station. No wonder these kids pat 36 dollars to listen commercial free to Pandora.2
By: Michele on February 2, 2015

what happened to khits classic rock this station is for the birds it really stinks i hate it BRING BACK CLASSIC ROCK MUSIC,TODD MORGAN BOOOO BOOOOO THERE IS ENOUGH CRAP MUSIC AROUND
By: tony edwards on February 2, 2015

I WAS SHOCKED TO HEAR POP MUSIC ON MY BELOVED 96.3 CLASSIC ROCK OUT OF ST LOUIS.WHATS THE MATTER WITH U PEOPLE PUT MY STATION BACK ON CMON BE FOR REAL INM NEVER GONNA LISTEN TO THAT KIND OF MUSIC.LOTS OF MY FRIENDS WONT EITHER.WAIT TILL THE RATINGS COME OUT LOSERS BACK TO KSHE95 FOR ME
By: MIKE RULO on February 2, 2015

YOUR NEW FORMAT SUCKS YOUR MUSIC IS LIKE BAD MEDICINE BY JON BON JOVI
By: SANDY on February 2, 2015

hate this station now i dont care if u play music all day with no commercials its not classic rock like my k-hits .com sadd so sadd pathetic i hope this new station fails so bad its gonna tank bad i hope and pray
By: A CLASSIC on February 2, 2015

what is it called now lol now u are bad now u stink now im boycotting this station
By: Anonymous on February 2, 2015

PLEASE, PLEASE, PLEASE go back to the old music, there is already enough stations playing this new kind of music!!!
By: Anonymous on February 3, 2015

Bring back the classic rock. The new format sucks.
By: js on February 4, 2015

Sorry to see the format change. Really not an option for all of us classic rock fans. Will just stick with K-SHE. I don't know why exec's have to try to fix what was not broken!
By: katie on February 4, 2015

There are continual interruptions! The assertions in the ads of no interruptions for extended periods is a blatant lie.
By: Anonymous on February 5, 2015

I think we're done now. Thanx for playing good music for ALL THESE YEARS! Good-bye & good luck!
By: Joe on February 21, 2015

I remember listening to this station with my dad every weekend since I was six, I'm 25 now. I started hearing the change and at first this made me worried because if the music that came out when I was young was considered classic rock, I must be getting older than I thought. Sadly this was not the case because because I would rather be old than lose my favorite station.
By: Stormy on April 19, 2015

It’s about the guy that come on your show that work at a car place in St. Louis he is the salesman there. I am looking for a car. Can u tell me his location r number thanks
By: Hallie on May 24, 2021