KIOZ is an FM radio station broadcasting at 105.3 MHz. The station is licensed to San Diego, CA and is part of that radio market. The station broadcasts Active Rock programming and goes by the name "Rock 105.3" on the air with the slogan "San Diego's Rock Station". KIOZ is owned by iHeartMedia. 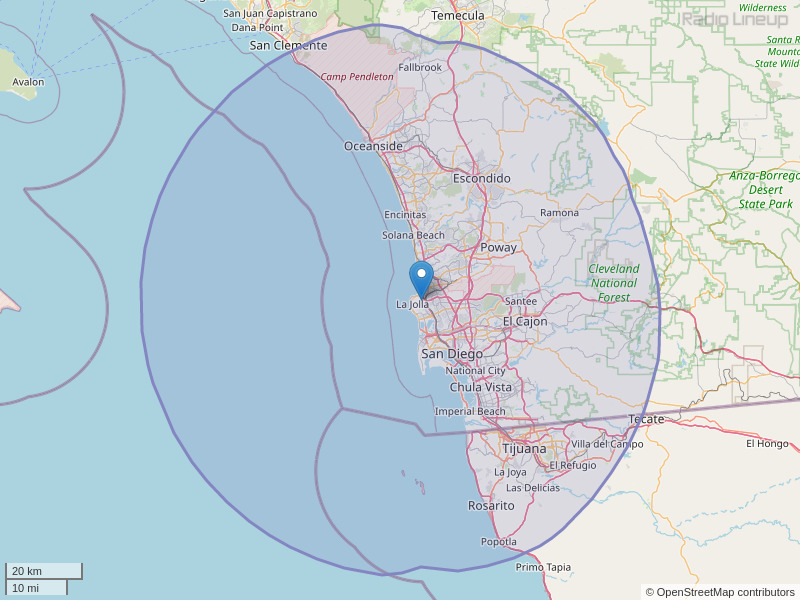 I'm told this station broadcasts ALL SD Chargers games. Wouldn't know it by this description.
By: Ken Hamilton on November 27, 2016

Worst radio show i have ever heard. Considering that it is San Diego, I would have expected something more engaging that a bunch of idiots with bad taste in everything. All their conversations are retarded. None of them seem to be true rockers for being in a rock station. Nothing but stupid hipsters. I bet they're all allergic to gluten.
By: Al Cohol on March 18, 2020

Decent station and better music than most of the other stations in SD. It just seems like they play the same stuff all the time, especially after iheartmedia bought them out. I probably wouldn't have this station on during a long drive thru SD because you're gonna hear the same songs over and over
By: bruh on August 16, 2020