KSSX is an FM radio station broadcasting at 95.7 MHz. The station is licensed to Carlsbad, CA and is part of the San Diego, CA radio market. The station broadcasts Urban Adult Contemporary programming and goes by the name "JAM'N 95.7" on the air with the slogan "San Diego's Hip Hop and R&B". KSSX is owned by iHeartMedia. 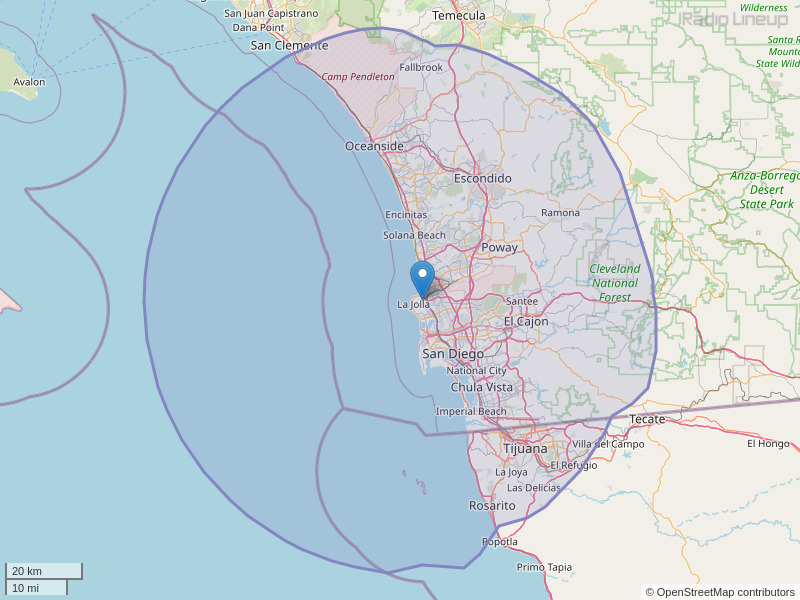 I took a rode trip to the North West and listen to country music all the way up. I heard songs that I never hear on 95.7 here in San Diego. I heard Brad Paisley and Carrie Underwood new song for the first time, and I have been waiting to hear it here on 95.7. I heard it once on Greenwoods time, and his comment was it was written for old people, while there are a lot of older people that listen to your station.
By: Terri on July 4, 2011

I still have not heard carrie underwood and brad paisley new song. why is it getting just great reviews from all other stations but yours. I'm so tired of hearding the same old songs from taylor swift, and miranda lambert, they sound okay, but not as easy to listen to as carrie underwood, who has such a pure voice, one in a million. I am asking and begging to be able to hear that song once in a while, and I always have your station on.
By: Me again on July 9, 2011

HAte that you have changed your format from Country - please go back to it!! It was the best!
By: Diane on November 8, 2011

Tomorrow san diego will be getting a New Station at 95.7 either Smooth Jazz or Urban Contemporary We Don't Two Country Station don't make no dang sense we already have it on 97.3 fm kson We Need Smooth Jazz or Urban we don't h have out here in san diego that's what city is missing : LORD IF IT BE YOUR WILL PLEASE BLESS US WITH AN SMOOTH JAZZ OR URBAN STATION ..
By: BREEZY-1 on December 26, 2012

Tomorrow san diego will be getting a New Station at 95.7 either Smooth Jazz or Urban Contemporary We Don't Need Two Country Radio Station it don't make no dang sense we already have it on 97.3 fm kson We Need A Smooth Jazz or Urban Station we don't have it out here in san diego that's what the city is missing : LORD IF IT BE YOUR WILL PLEASE BLESS US WITH AN SMOOTH JAZZ OR URBAN STATION ..
By: BREEZY-1 on December 26, 2012

It's a scam ... They say be caller 10 the phone rang and they Hung up on me over 6 times in less than 2 minutes. Finally the guy answered and said sorry we have a winner. BS your giving those Disney fox to someone you know. How pathetic. Where can I complain.
By: Angie on August 28, 2013

Crystal clear on IHEART Radio
By: Stephen Farrell on May 1, 2020