KITS is an FM radio station broadcasting at 105.3 MHz. The station is licensed to San Francisco, CA and is part of that radio market. The station broadcasts Variety Hits programming and goes by the name "105.3 Dave FM" on the air with the slogan "Totally Random Radio". KITS is owned by Audacy.

History:
With the merger of CBS Radio and Entercom completed on November 17, 2017, the station became part of the new combined Entercom.
Station changes branding from long term name "Live 105" to "Alt 105.3."
October 2021: After decades of featuring an alternative music format station flips to variety hits as "Dave FM." 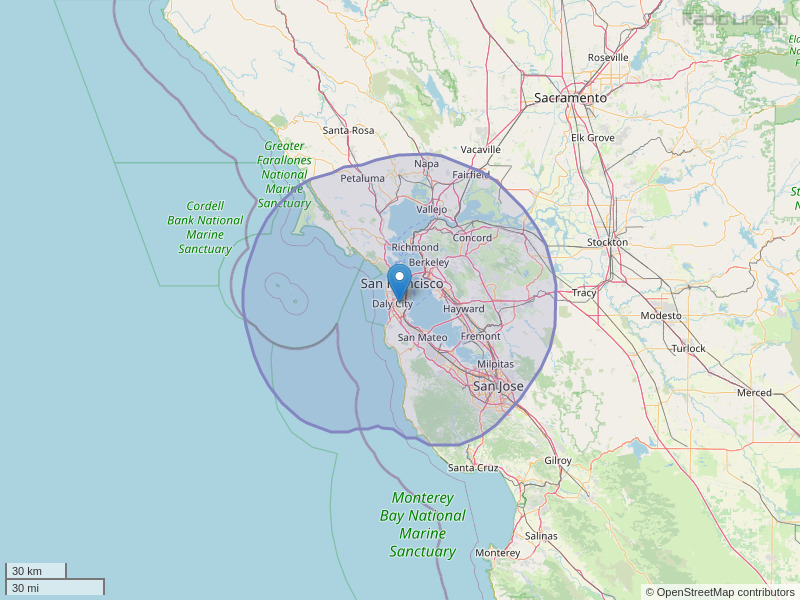 This station was great until recently. I enjoyed it a lot until they started playing more Active Rock.
By: Jeffrey on November 16, 2013

Hey, so I think your station is pretty badass .....I'll would like to hear lana del rey once in a while...if you can ever put one of her songs I'll be really happy ....and thank you for making a little place for alternative music fans ...thanks :)
By: paula on December 5, 2013

Great station. I live in Syracuse where there is no Real Alternative station. Highly recommended for any Alternative fan.
By: Alternativefan2000 on January 18, 2014

For the love of everything music. BRING BACK LIVE 105 Hands down best alternative station. The DJs the concerts they hosted. Top quality
By: Clayton on November 18, 2021