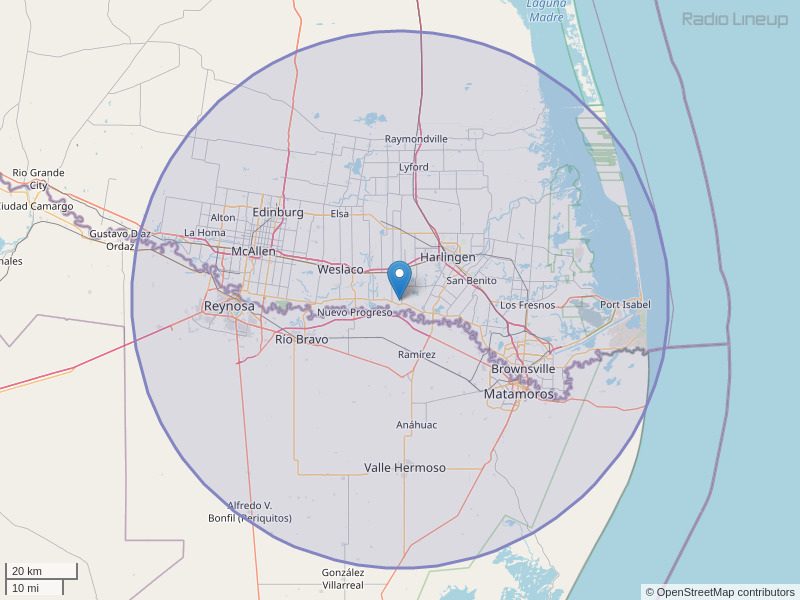 Where is the morning clika show we want you back now it's more Mexico style not Tex Mex so if you dicided to do this change maybe it's time for us to change also to a different radio station
By: Thelma on August 12, 2011

What happened to 99.5 the morning clika, Rock and Roll James, Plutalco and Bonnie? They were awesome!!!! I don't listen to the station since they are no longer there. Bonnie's inspirational stories were great she has a way of reading them. I really miss them they were FANTASTIC!!!!!!
By: ana on August 20, 2011

We want the morning clicka back! These new ones suck! Bonnie's stories were really inspirational the crew were funny n would wake me up in da morning these new one's make me want to go back to bed! Idk just saying
By: Anonymous on August 31, 2011

heeeyyyyy! were is da clika morning show? these were funny. the new people r really boring. they don't wake us up laughing they put us back 2 sleep. now we got 2 fin a new station 2 listen
By: genaro jimenez on September 1, 2011

I used to listen via tune in radio app from dallas , since the changes i to have decided to make a change, Trancasos? WTF. Your station will be the only thing receiving trancasos. Bring back the old crew & give them a raise. CRUD3 BL4CK love you bonnie.
By: crudeblack on September 7, 2011

These new ppl are so boring the moning clika show were funny n always talked about interesting thing bring them bak
By: Anon on September 15, 2011

The new changes this radio station made are really going to affect ratings my whole family used to hear this station n now no one wants to hear this. It sound like 98.5. Thats why I liked 99.5.bring back the clika n bonnie!
By: Anonymous-2 on September 15, 2011

Good finally a change of people..bony an rock were annoying plus some tejano songs were really really boring...besides every station plays d same music....so people you'll still here tejano just change to another station.
By: anonymous on May 18, 2012

I used to listen from Salem, OR. on the internet now QUE PASA is boring. I now listen to tejano music stations from Dallas TX.
By: Juan Mata on March 18, 2013

Damn, I used to remember da 5 oclock drive by. Levantaba los 24 ouncers, and couldn't wait to get home after a day of pura chinga. After a hard days work nothing would beat rock n roll James and some cold ones. Now, all I hear is people talking, complaining. Se me aguita el party. Instead I put on a cd of mazz and I crank it up. "Hace tiempo que yo guardo un sentimiento, recordando lo que tu fuiste en mi vida.......
By: juan t on July 19, 2013

I'm looking for the name and artist who sing a tejano song that says mama went to paradise and is srounded with flowers
By: Mario on June 6, 2014

we would love for u to play at our finance company we are doing fun raiser
By: angel on March 13, 2015

Shout out to my boyfriend mizael cantu jr in harlingen.tx i want to wish him a happy birthday from his girlfriend Ariel Martinez
By: Aril on July 24, 2016