KROQ is an FM radio station broadcasting at 106.7 MHz. The station is licensed to Pasadena, CA and is part of the Los Angeles, CA radio market. The station broadcasts Alternative music programming and goes by the name "KROQ 106.7" on the air with the slogan "The world famous KROQ". KROQ is owned by Audacy. 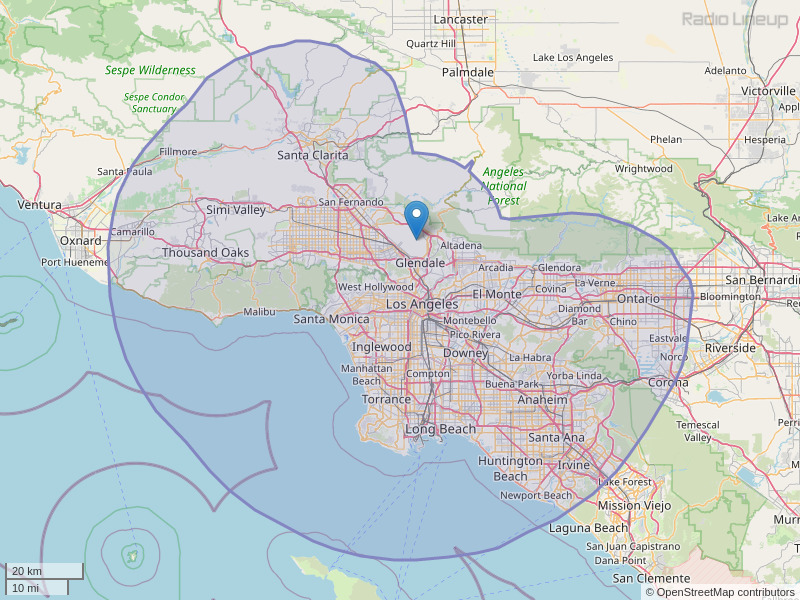 Our band Tracey Rappa and The Heat will be playing The Roxy in West Hollywood March 1st 2013 and we are trying to get a little promotion for our show. Curious if you guys could maybe play one of our songs and possible announce the show? We will be in town late afternoon the day before the show Feb 28th. Maybe we could stop by the station and do something on the air with you guys? Let us know if something like this is even remotely possible. Thanks, Rick Tracey Rappa and The Heat www.traceyrappa.com
By: Rick on February 2, 2013

I found Kevin & Bean's comment this morning on 106.7 on Angelina and Brad Pitts children being Bastards was really in bad taste!!!! I thought our country had evolved!! No child is ever a Bastard!!!
By: Donette Hockmeyer on August 28, 2014

I think this new artist would be considered alternative music Karajack is this kid and his sound is amazing 5 songs on his EP and everyone is awesome hope you can take a listen and play some of these tunes on the radio I would love to hear it on there thanks so much!!
By: Anonymous on February 17, 2017