KCBS is an FM radio station broadcasting at 93.1 MHz. The station is licensed to Los Angeles, CA and is part of that radio market. The station broadcasts Adult Hits music programming and goes by the name "93.1 Jack FM" on the air with the slogan "Playing what we want". KCBS is owned by Audacy. 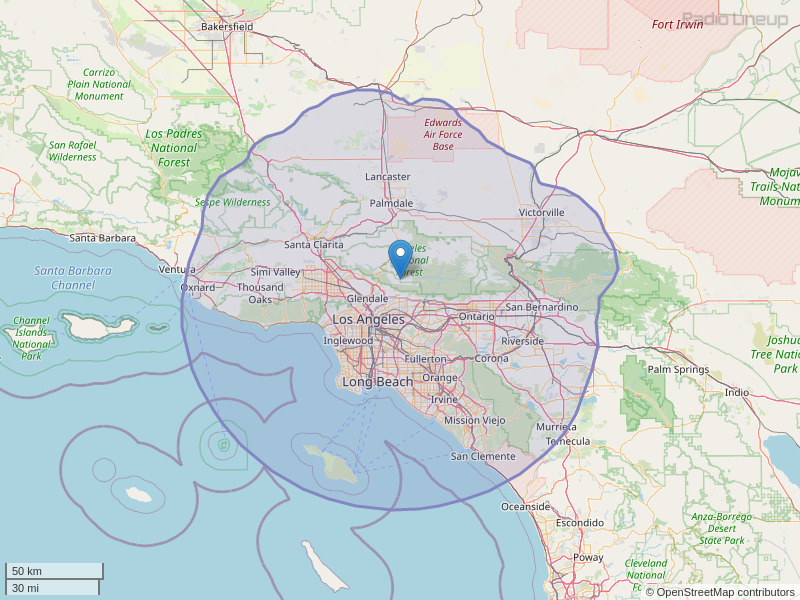 I am looking for help for my neice who lives in Moreno, CA. Her husband was in a traggic car accident. Due to a brain injury and stroke he will need constant care the rest of his life. He was the sole wage earner; they have 2 young children under the age of 5. The family does have a donation site up, fnd.us/c/aKm6b, but we need additional exposure. They desperately need financial aid. Can anyone help us. Thank you. Renee Chupp
By: Renee Chupp on August 11, 2012

Legends of Rock The Sweet are coming to The Canyon, Agoura Hills on 4 April. Please play some Sweet!
By: Louise on March 29, 2019

Ok ,now i am really kinda upset.I watch the news everyday before i physically go into work at my "essential job" and on the way to work i listen to the radio .Everyday on the news and radio even online i hear all kinds of thanks and appretiation given to emergency response teams,medical workers ,and grocery workers and that i was ok with because they are hit hardest .But today i watched a special on essential workers and they had grocery workers,bus drivers and postmates and it really upset me because i work at a shell gas station in moreno valley and NO ONE CARES ABOUT US WORTHLESS GAS STATION ATTENDANTS . Even though we get all the rushes of people who want to avoid grocery stores coming into our even smaller stores to buy milk,beer,cigarettes,lotto,snacks,etc. I WANT TO POINT OUT NO ONE, INCLUDING EMERGENCY RESPONSE TEAMS,MEDICAL WORKERS,BUS DRIVERS,POSTMATES,GROCERY WORKERS,NOT EVEN NEWS TEAMS ,WOULD BE ABLE TO GET TO WORK OR ANYWHERE ELSE WITHOUT THE GASOLINE THAT WE PROVIDE ! So people should really think of that and maybe include or even just acknowledge the work that we do after all we have lives that matter too and we work just as hard and risk our lives everyday to keep gas in your vehicles....just sayin.Im sorry but its just really sad that no one cares about me and my coworkers lives and the hard work we do,sanitizing the pumps,the store,the customer restrooms,coffee pots,soda fountain ..every 30 mins ,i work alone every fri-sun fro 3pm to 10 pm ,try getting all that done and running the register by yourself .we work hard . https://www.today.com/about/learn-about-anchors-visiting-show-how-contact-us-more-t102953
By: Theresa E Greene on April 17, 2020

I’m not sure if it’s possible but could a radio tower transmit more then one broadcast. For example KCBS station broadcast is a full 24hr transmission. Can I file for a call sign broadcast with KCBS tower for a cost ? Or would that interfere with the stations own broadcast?
By: Frank on October 19, 2021

Frank, many radio stations do broadcast multiple streams with HD radio and subchannels. You can't file with the FCC to broadcast on their station as Audacy controls what is transmitted on it. But you could lease one of these subchannels for a pretty price.
By: Anonymous on October 21, 2021

I would agree with Anonymous (s) assessment in that a station can broadcast up to three digital subchannels, plus the main signal (4 overall). It's also worth noting that the tower itself can be diplexed to broadcast different frequencies. In fact, the KCBS broadcast tower is also home to some TV stations, such as KCBS (again), KDOC, and KNLA. However using the same frequency, or within 1.5 Mhz (if KCBS is on 93.1, then a station on 93.2 or 93.0) will cause significant interference, and a lot of disgruntled classic rock listeners. So I checked, and LA is jam packed with stations, and it gets weirder the more I look, so picking a new frequency and starting over is nearly impossible. If your new station is willing to put up with any level of interference, you are on the right track, LOL. 91.3 might work, for example, if you wanted KUSC to be right-next door. Locally, there is 101.5 designated as a low-power only station, used by 5 LPFMs and 1 translator all within 30 miles of Downtown, and also 107.9 is a designated LP frequency, but less busier. If you have a billion dollars on hand and a massive contract, you could buy out a station, however the likely thing to do is buy out some time on a non-comm station, which is surprisingly still cheap! To summarize, LA is over-saturated, so yes you can file for a callsign, but you will almost certainly be relegated to 101,5 FM (an LPFM traffic jam), or you might be better off buying brokered time on a non-comm or HD subchannel.
By: ZBG on October 21, 2021