KDFG is an FM radio station broadcasting at 103.9 MHz. The station is licensed to Seaside, CA and is part of the Monterey-Salinas, CA radio market. The station broadcasts Adult Contemporary music programming and goes by the name "B-103.9" on the air. KDFG is owned by Mapleton Communications. 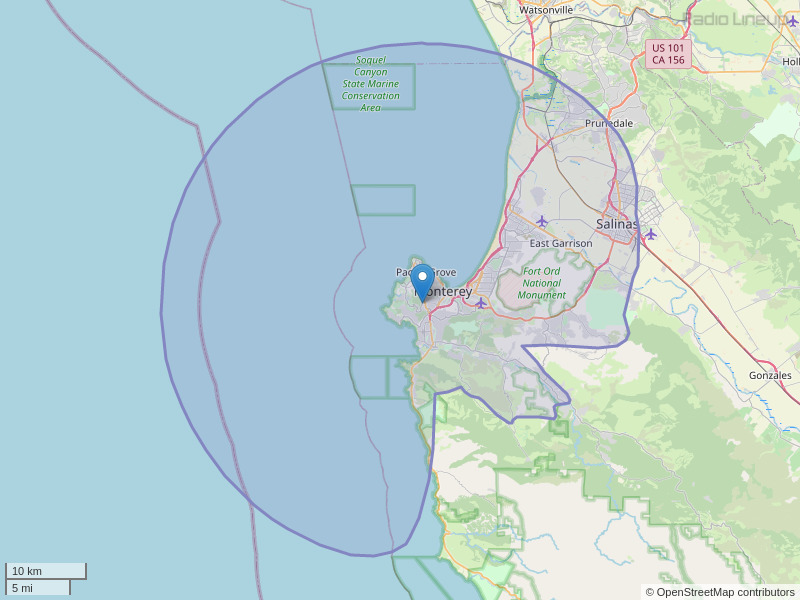 My husband really enjoys your station. He is as school bus driver and listens all day while driving. There is a radio host in the mornings that he really likes. As of last week your station has changed to another station and now he can't get it. Do you know what it changed to ?? We live in Santa Cruz. Thank you, Susie
By: Susie Hughes on August 28, 2016

It''s 1:45 pm on 4-6-17. You just played an instrmentalcomposed by Olaford ? I was unable to hear the full name of the composer. Olerferd winfred or something like that. What is his fullname? It was a beautiful, peaceful arrangement.
By: Gerald on April 6, 2017

We loved the song you played today (2-23-18) around 4:40 pm, it was a female singer (opera) and cello (maybe more accompaniment?), we just caught the last minute or so. My daughter is almost 4 years old and picked it up as we were scanning through the radio stations. She was in awe. Appreciate any information, thanks so much!
By: Tess on February 24, 2018

Dear Radio Manager, I would like to present Alvin Martin - an upcoming artist from Sweden. He is a 20 year old songwriter, totaly devoted to writing and producing his own music. His latest single Stay was released a few weeks ago, it is a beautiful lovesong for a Monterey girl – it has got great rewiews from several medias in USA: https://nakid.online/2019/12/06/stay-new-single-from-alvin-martin-new-music-fridays/ https://yellowblackmusic.com/2019/12/01/alvin-martin-stay/ You really should listen to Alvin and hopefully add his song/songs to one of Your playlists on air! Alvins music is also available on several platforms, ITunes, Amazon, Spotify, Youtube etc. I wish You all a joyful December/Christmas/New Year! All the best!
By: Amanda A on December 10, 2019