KRRL is an FM radio station broadcasting at 92.3 MHz. The station is licensed to Los Angeles, CA and is part of that radio market. The station broadcasts Urban programming and goes by the name "Real 92.3" on the air with the slogan "LA Home For Hip Hop, Big Boy & Cruz Show". KRRL is owned by iHeartMedia. 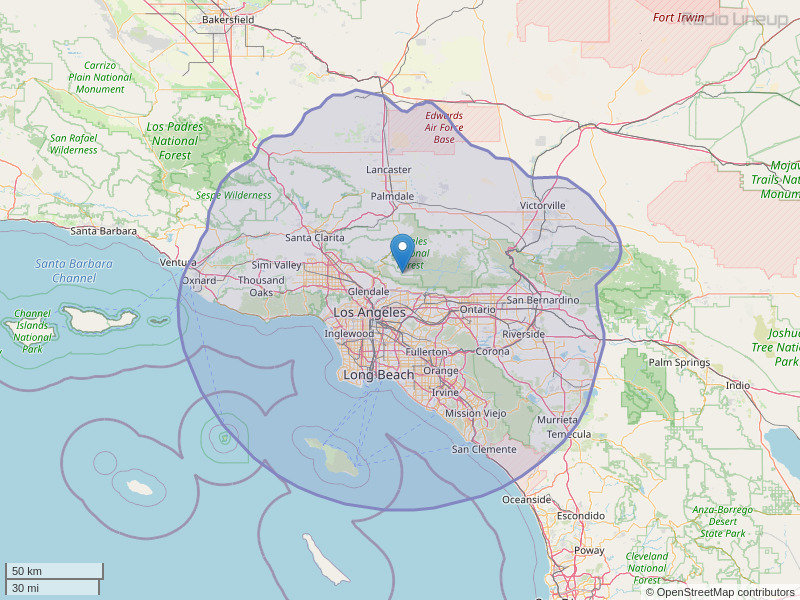 hi I am a listener of hot 92 .3 for a long time but I am very upset now. I called the promotions department and a gentleman by the name of Christian answered the phone and he said we do not know when there will be a freestyle explosion concert and he did not give me any details. I was looking at the website of hot923 and I found out that there is going to be a super freestyle concert here in los angeles ,ca. the radio station is located here in Burbank ,ca. then last night I called the radio station and they told me that wait until Monday because jimmy reyes the morning dj will be giving tickets away on the radio at 8am. I did call the radio station number twice recently and I was told that we do not know anything about any freestyle music concerts happening in los angeles ,ca/ I am very upset because I am sure that if they are having a contest for the concert then they know way ahead of time when the concert will be. today's date is sunday august 17, 2014 . thank you for letting me express my feelings .
By: Anonymous on August 17, 2014

I cannot stand the new station. What is up with the RAP? Don't we get enough on Power 106? 92.3 was the only station that played oldies but goodies. What happened.?
By: Gina on February 12, 2015

What happened to the oldies???? I don't like the music you are playing. Please change it back.
By: Sheila on February 12, 2015

What's going from oldies to power 106 music, come on I need my oldies BACK. I grow up listening to oldies and old school.. I'm in with my oldies not my coco!!!
By: Junior rivera on February 13, 2015

I live here in Texas & I listen to 923 jamz on-line faithfully for the last 4 yrs I loved the oldies but it's seems like there changing or getting rid of all the old school R& B music for Rap & Old School Hip & Hop. One station is enough, It happen here in Texas & St.Louis. Looks like Pandora will be the way too go. However is making the call from a listener view BAD CALL!!!1
By: lewis on February 16, 2015

What's REAL is the oldies, bring them back!!! You're making a huge mistake by changing the format of radio
By: Ty on February 18, 2015

WOW REALLY NO ADVANCE NOTICE TO ALL THE LOYAL LISTENERS? WHY ? I GUESS WE ARE NOT AS IMPORTANT TO YOU AS YOU ARE TO US. SAD SAD SAD WE MISS JIMMY AND NATALIA AND EVERBODY ELSE IT WAS THE ONLY STATION THAT MY DAUGHTER MY GRANDAUGHTER AND I COULD ENJOY TOGETHER PLEASE PLEASE PLEASE BRING IT BACK EVERYONE I SPEAK TO FEELS THE SAME WAY WE WANT OUR STATION AND OUR DJ'S BBBAAACCCKKK NNNOOOWWW!!!!!!
By: lourdes magdaleno on February 20, 2015

THIS MUSIC IS RAP WITH A SILENT C IN FRONT OF IT AND IF YOU THINK WE WILL LISTEN TO IT YOU CAN GO TO HELEN WAITE
By: HELEN WAITE on February 20, 2015

Note to Program Director: WORST DECISION EVER!!! Everybody at our Company listened to your station for years without fail! Now we listen to 94.7!!! You really blew it! It's only a matter of time before the station comes to it's senses and forces you to find a new career!!!
By: Victor Aello on February 23, 2015

Dear Greg Ashlock, KHHT 92.3 FM. Without warning you changed your music lineup and I can't figure out why you did Mr. Ashlock. You must hate your listeners or have very little respect for them (Us). I have an idea - how to make things better. An Editorial from you - explaining what and why you did what you did, then ask your listeners to participate in a simple survey. A.Return to the previous music lineup. B.Play new lineup. C.A mixture of both. I'll be the first to vote. PLEASE go back to old lineup A. Thank You. David
By: D.S. Willers on February 23, 2015

Come on people y would you mess with LA culture this station was a generation station now its "MINDLESS MUSIC" we need our feel good music not the same dumb songs in rotation
By: chuck1425 on February 24, 2015

I can't believe that you changed the format of the only Oldies but Goodies in L.A. without warning to your listeners. This station could and was heard by all generations in the family,{grandparents, Mom & Dad and their children and their children's children} Not to many radio station that we can listen to at our FAMILY B.B.Q.'s or Birthday Parties, or just chilling with the family without checking for the language that comes out of every record played. Don't tear the families apart even further.
By: Alice Rivera on February 25, 2015

LISTEN CAREFULLY...HEAR THAT? IT'S THE SOUND OF YOUR ENTIRE LOYAL AUDIENCE AND THEIR MONEY LEAVING IN SEARCH OF REAL QUALITY MUSIC! HOPE YOU AND YOUR ADVERTISERS ENJOY YOUR NEW DEMOGRAPHIC OF UNEMPLOYED DRUG DEALERS!!!
By: Bob M. on February 25, 2015

Why would you take alleged like. Art Labo off the air we grew up with this music he made your station oldies but goodies your parents and you even listen
By: Anonymous on May 23, 2015

Hey. Your new station really really sucks. I do not like the change at all. You need to bring back the oldies. This new format makes my ears bleed. Clear Channel has a bunch of idiots running everyone's life now.
By: Chris on June 17, 2015

So Sad!! Hate the new format. I live in Texas and i listened to this station because it had the best oldies and the people (DJ's) were awesome. So Long from my fave list....
By: Dora on August 3, 2015

This station used to be good when it was The Beat back in the 90's. It was okay when they were Hot 92 Jamz when they first signed on because of they're variety of R&B, old school and some adult friendly hip hop tracks here and there. Fast forward to 2017, I'm a 23 year old Hispanic who hates hip hop or whatever they call that crap on 92.3 nowadays.
By: Rafael Lua Salazar on August 15, 2017