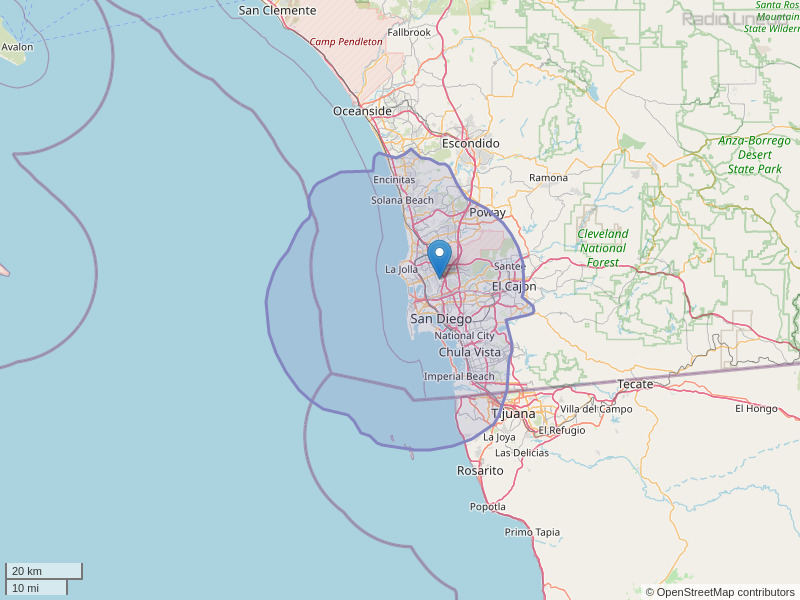 Hey San Diego! A few years ago I spoke to one of your radio hosts that I had met via Facebook. I cannot find his name so I wanted to inquire and see if he recognizes my name. Back then I had told him about my recording project, which was just beginning. I have finally released my jazz CD entitled, "Child's Play", and would love for you to spin it for your San Diego audience. Please let me know how to submit my CD to you. "Child's Play" is available for purchase and you can hear samples at CDbaby.com/debbieorta2. It is also available on iTunes and amazon.com. Thank you! Please feel free to contact me any time for a "liner" as I have a home studio. Best wishes.
By: Debbie Orta on October 11, 2014

I'm surprised that I haven't heard any advertisements on your station regarding an upcoming El Debarge concert at the Music Box, Uptown SD Presents: El DeBarge Performing Live! NOVEMBER 28, 2015 @ 9:00 pm
By: Valis on November 17, 2015

Dear KSDS I have been studying Global Warming, Geo Engineering, and Chemical Trails. (Not natural trails cause by airplanes),,,,I simply cannot understand why weather stations NEVER EXPLAIN why are skies are COMPLETELY BLUE and after the spraying the skies are full of high clouds that block our sun and make the weather change. They always call it a front or something coming in. These people are creating a great dis service to the general public by not exposing the trails for what they really are, WEATHER MODIFICATION. These trails have caused our drought, and all the unbelievable weather around the country in my opinion. Anyone every heard of HAARP? If we don't expose this, we are doomed. Put your phones down, look up and tell me what you see. I would appreciate your opinion on this subject. Sincerely, Sharon
By: Sharon on December 4, 2015

I'm a care Taker for a woman by the name of perscilla Ann lang she passed away on the 24 and her one wish would be to see her baby again before she is laid to rest, her name is lauradawn lang her birthday is march 19th from North Highlands ca her mother's birthday if June 6 1954 her uncle Dana lang is still here please call 916 6405207. Please help me find her.
By: Kristen Moore on September 27, 2017

FOR IMMEDIATE RELEASE: 2018 SAN DIEGO COMEDY FESTIVAL ANNOUNCED! MAY 24TH TO JUNE 3RD, 2018 at THE COMEDY PALACE TICKETS ON SALE NOW! The Comedy Palace at San Diego San Diego, CA – The 2018 San Diego Comedy Festival has been announced. The fifth annual comedy festival in America’s Finest City will celebrate stand-up comedy over 11 days May 24th to June 3rd, 2018. The festival will feature comedians from all over the country with national headliners, showcase, and a contest with cash prizes along with a recording contract from Uproar Comedy. The festival will kick off with a special Robin Williams tribute show featuring Roger Kabler & Marc Price ("Skippy" from "Family Ties"). Visit www.sandiegocomedyfest.com for full festival details or call 858-573-9067. - end of release -
By: Press Release SDCF on May 1, 2018

How to send a donation to this radio station
By: Dan dalton on February 25, 2021