Owner:
Board Of Regents Of The Nevada System Of Higher Education 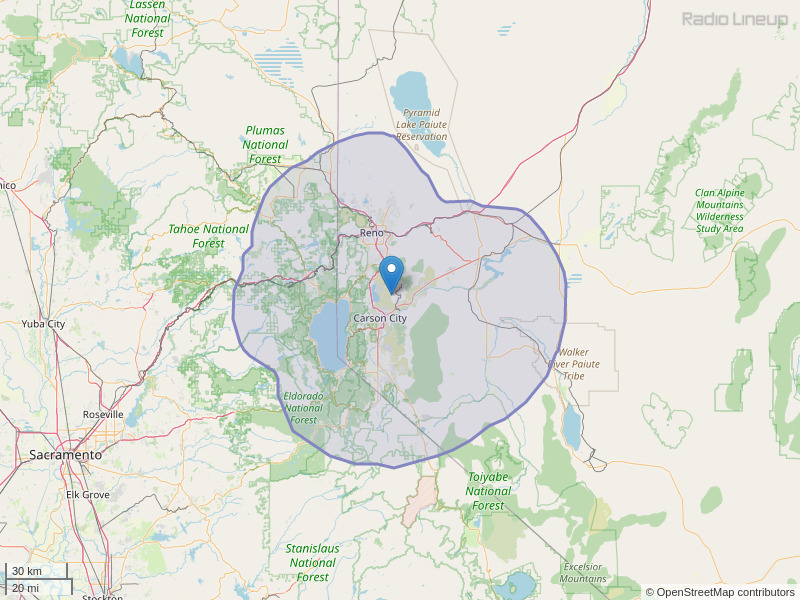 I am trying to get some publicity for my Friend Wendy Tustin as she is battling cancer for the 3rd time and the local community of Fernley is hosting a fundraiser spaghetti dinner on September 6th from 5 to 10 pm . Can you advertise it on your radio? My phone number is 530-477-1787 and email is ddenisefink@gmail.com Spaghetti dinner. Music. Raffle prizes. Vendors space available for $20,(*lowered was $25). Rummage sale. Bounce house for the kids from 5-8ish ...Fun fun fun!! and more.. To help our friend Wendy Tustin with her medical expenses due to her battling cancer again. Together we can help her and her family kick cancers ass. Please invite everyone you can. More details to come. Thank u.*also if you have a raffle prize you would like to donate please let me know asap. Thank you again Raffle items/prizes - 2 hrs of bowling $25,for services from the classy pet Treat gift cert the happy little treat maker BBQ sauce from Pitmaster Gordon Hodapp Necklace from Cassidy Davis Quilt from Bianca Salisbury Item From MotorCycle Mania Jewlery items Race TIckets From Reno Fernley Massage from I DO MASSAGE item from McCoy Bling & Things Wrought Iron gate homemade from Denise Fink WIld Tree Gift Certificate from Jessica Tyner And much much more. Vendors so far.. Tupperware- Jennifer Kopal I Do Massage - David Tustin Bows and things - Caitlin Blair Pure Romance - Rachel Curry-Souza Premier Design Jewlery- Julie M and More. Lots of fun and surprises for everyone. TICKETS AVAILABLE AT THE DOOR FOR $15 (OR 2 FOR $20) PRESALE TICKETS ARE $10 **TICKETS ARE FOR DINNER ONLY
By: Denise FInk on August 15, 2014

FOR IMMEDIATE RELEASE: Second Chance Sale ! If you missed the NDA Family Connect costume sale on October 11th, you have a second chance to purchase gently used high-end costumes. We are raising money for our competition teams. Most of these costumes were only worn twice; dress rehearsal and recital. We have everything from tutus to dinosaurs, in sizes medium child to adult. Costumes can be purchased from 4:00-6:30 p.m. Tuesdays, Wednesdays and Fridays, and from 10:00 a.m.-3:00 p.m. on Saturdays until October 24th. Please come by and check out these amazing costumes. Each costume is only $20.00. Nevada Dance Academy Family Connect, 1790 W. 4th Street (between Keystone and Stoker), Reno, NV
By: Linda Anderson on October 13, 2015

MEDIA ADVISORY January 20th, 2016 ATTN: NEWS/ASSIGNMENT/PHOTO EDITORS MEDIA ADVISORY FOR JAN. 22nd NEVADA DREAM MINOR LEAGUE FOOTBALL VIP MEET AND GREET FRIDAY JANUARY 22, 2016 Who: The Nevada Dream Semi-Professional Football Team What: 2016 Season VIP / Media Meet and Greet. The evening’s activities include food, film, and fun with team Owners, Coaches, Players and Staff. Giveaways, autographs, interviews and photo opportunities are planned. Digital Media Kits are available for download and use on www.nvdreamfootball.com When: Friday, January 22, 2016 6pm to 8pm Where: Peppermill Resort, 17th Floor Sierra Room About: The Nevada Dream is a non-profit, Minor League football team and proud member of the United Football Alliance. Established in 2012 by two local retired professional athletes with the intention of giving local young men a second chance at achieving their dreams, the organization now donates all proceeds by providing scholarships to under-served youth in Nevada. The Dream also offers an occasion to be scouted for Jr. College, College or University scholarships, as well as an opportunity to be selected to audition for a professional arena team or an NFL Combine. In its inaugural season, The Nevada Dream competed in the GSFL West Division and won its way to compete in the GSFL Championship. That same year they were declared Champions of the California Football Civil War. The Nevada Dream consists of some of the areas greatest and undiscovered talent, ranging from high school to professionals. The team is composed annually of top talent within the Reno and greater Reno area. They represent what our community would expect of any organization that dares to bare our proud NEVADA name. For More Information, contact Larry Silva at (775) 741-9132
By: Larry Silva on January 20, 2016