KBUL is an FM radio station broadcasting at 98.1 MHz. The station is licensed to Carson City, NV and is part of the Reno, NV radio market. The station broadcasts Country music programming and goes by the name "K-BULL 98.1" on the air with the slogan "Reno's Best Country, Today & All Time". KBUL is owned by Cumulus Media. 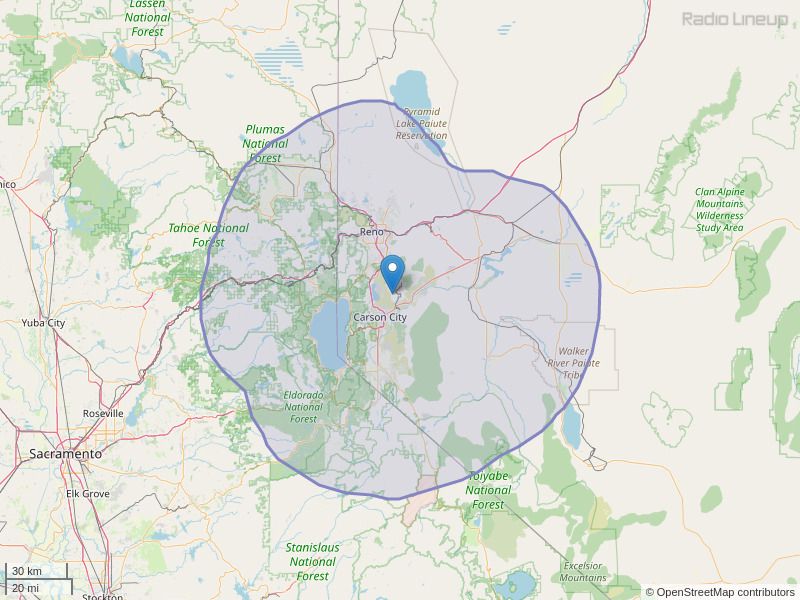 Help us find Kizzy, lost in NV On Sunday 10/2 Kizzy escaped her crate at an event at Fuji Park in Carson City and fled the park running scared. The dog is from out of state and everything is unfamiliar to her. Owner Cherie Blossfield is devastated and I have set up the fund as a way to help her with the expense of finding her dog, extending her stay in Nevada and missing work to continue searching and to be able to offer a reward to encourage community help In finding her. Every little bit helps and we appreciate any little bit you can contribute. For many of us dog enthusiasts this is our biggest fear, to lose our beloved dog while traveling, to be in an unfamiliar place and searching for our best companion. To only to be able to afford to stay for a short time because you live so far away! Help us help Cherie to find her beloved Kizzy. Click here to support Help us find Kizzy, lost in NV by Alexis Kurowski https://www.gofundme.com/2snc86c
By: dc on October 4, 2016

Good Evening, I am a radio journalist who lives in Fernley. I am looking for possible employment with your station. I would love to send you a copy of my resume, my cover letter, my references and samples of my work. Thank you for your consideration. Very Respectfully, Rebekah David
By: Rebekah David on January 29, 2020

The classic country program on Saturday mornings is great. Too bad it ends at 9 am. Then it's the same top ten songs on rotation for the rest of the week.
By: VC Kat on November 1, 2021