KMXP is an FM radio station broadcasting at 96.9 MHz. The station is licensed to Phoenix, AZ and is part of that radio market. The station broadcasts Hot AC music programming and goes by the name "Mix 96.9" on the air with the slogan "Today's Best Music in Phoenix". KMXP is owned by iHeartMedia. 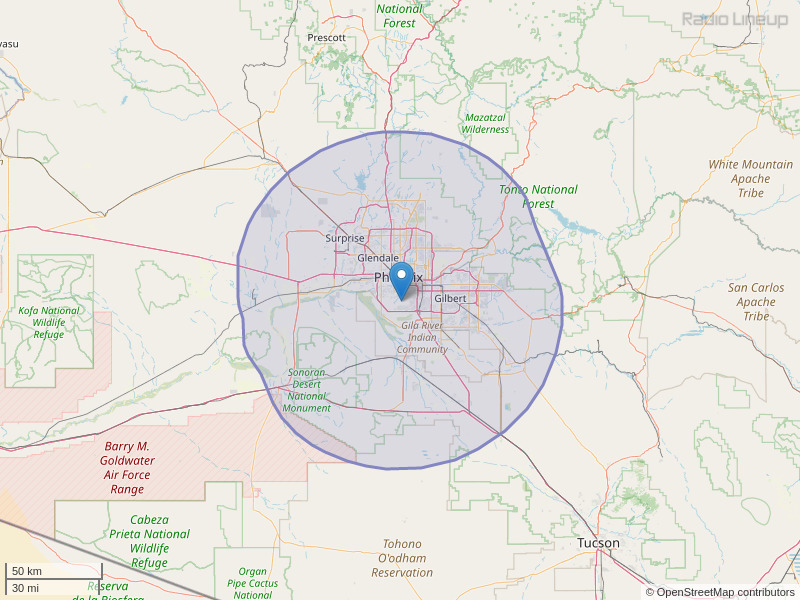 Back in February I won tickets to the Total Package Tour. I was told it was too early to get my tickets but that a week or two before the show I should get an email telling me when and how to get my tickets. I hadn't received an email or phone call so I called the station today and left a message. The lady who called me back said she sent me an email right after I won (Back in February) and that it is now too late to get my tickets....How was I never called? And why did they say look for an email a week or two before, not two months before...And how is it too late to get MY tickets that I won??? As a loyal viewer to your station every morning for the past 5 years I find it very disheartening that your station wouldn't uphold what they said I won.
By: Becca marty on May 24, 2017

On behalf of one of Hip Hop's most innovative artist Wopo Freshh we would like to submit his latest single release "Hard" for consideration of rotation or test market spins on your show or radio station. As most Artist main concern is how much they can get from their fans... Wopo Freshh motive is how much can he give the people through his music. A well respected and talented DJ for the AMW DJ's, a Bronx Native and Musical force has a few projects on deck to present to the people...so we introduce to you the first many new projects to drop! "Hard"...Produced by Grammy Nominated producer BangOut... Is available now. *(Insert Download or Streaming Link here:)https://itun.es/us/VgW-jb Wopo Freshh Hard Submissions Team IG: @wopofreshh Twitter: @MeWopo FB Fan Page: Wopomusic
By: Wopo on June 28, 2017

Hi my name is Dorian Ramos and the reason for I am reaching out to your station today is only because I have a basic question which would be are guys by any chance hiring at your station for any board op positions just so your know I happen to have some radio trying at 100.7 KSLX and Pete Cummings was my radio mentor for nine mounts so even though I am far from perfect when compared real a real life DJ I am far from armature at this point right now. If your company is not hiring right now I completely understand however if someone could please get back to me it would be greatly appreciated. Thank you Dorian Ramos
By: Dorian Ramos on July 13, 2020