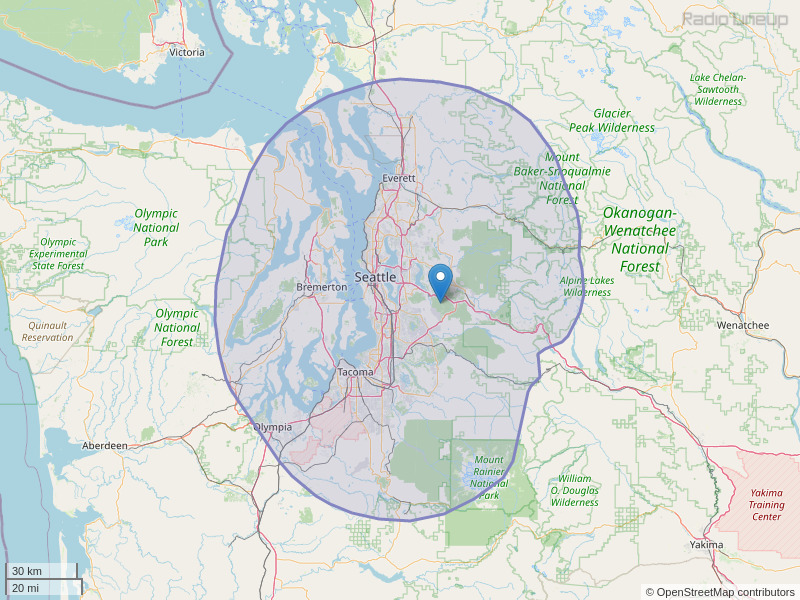 THE EXCELLENT FORMAT LISTED HERE WAS PULLED LAST YEAR! First, they went to "Classic Rock" (Big step down)&gt; Then they went with the current format, something called "The Rhythm of Seattle". Totally sucks.
By: Tonto Svensen on September 16, 2013

^ Agreed. This new station is nothing compared to what 'The Mountain' once was. Bring back The Mountain!
By: Yuliya Firsova on October 22, 2014

the Mountain was awesone because it bridged the gap between pop,rock and alternative--- I am a huge Dave Mathews Band, Cure and INXS fan and it was cool to be able to heer these and more on this station.Not to mention that they had the music lounge where artists would come in and play!! I CANNOT STAND THE NEW RADIO FORMAT!!!! Their attempt at " Throwback Thursday" SUCKS!!!! I like SOME of the music they play, but the majority sounds like the junk they play on KUBE! I would like to see a radio station devoted to the 70:s and 80"s music--- it is sorely lacking on the airwaves. If not, then.... BRING BACK THE MOUNTAIN!!!!!
By: Pamela on July 14, 2015

I agree with the other comments. The original 'Mountain' offered a lot for their listeners. This included the music lounge, and the CD's that were produced there. I was an avid fan, and I own most of the CD's. Unfortunately, I am not a big fan of the new format, and have turned my listening pleasure over to other resources.
By: Ted on January 6, 2016