KJAQ is an FM radio station broadcasting at 96.5 MHz. The station is licensed to Seattle, WA and is part of the Seattle-Tacoma, WA radio market. The station broadcasts Adult Hits music programming and goes by the name "96.5 Jack FM" on the air with the slogan "Playing what we want". KJAQ is owned by iHeartMedia. 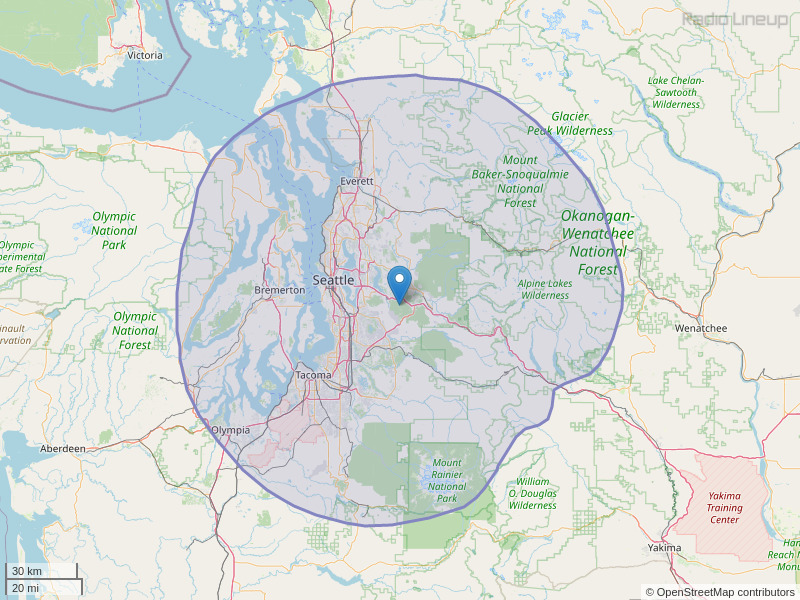 I am very disappointed that you replaced 96.5 HD2 Boom with the iheart alternative music. There are so many stations in the Seattle-Tacoma area that play alternative music, so your station does not stand out. However, Boom was special and a stand out. Too bad. Back to Star101.5. H. Anderson
By: H. Anderson on December 21, 2017

I commuted for years in and out of Seattle from Tacoma. I'll echo the previous comment above. Spent extra $$ on HD Radio just to continute to get the BOOM, and am sorely disappointed with 96.5-2 BOOM replacement as well as sister station KZOK-2 simultaneous replacement programming. Have removed both from FM memory stops on the machine. The 94.1 (new) station format is a weak attempt to replace that great programming we once had.
By: PeterB on July 3, 2018

This is the lamest station ever. Seriously, you would think a lot of bands only had 1 hit song. A-Ha has a lot of great songs, but you will never hear them on this station. Duran Duran, Evanesence, Ozzy Osbourne... have a lot of great songs... Also, there is NO DEPTH of variety, you will not hear any of these great bands; Chvrches, Metric, Wolf Alice, Yeah Yeah Yeahs, Sufjan Stephens, Chris Rea, Chris Isaak, Paramore, The Ropes, R. Missing, Lana Del Rey, Karenza, Sir Sly, Future Islands, The Gin Blossoms, Hey Monday, Duffy, Hilary Duff, The Head and the Heart...
By: Jay on July 8, 2021