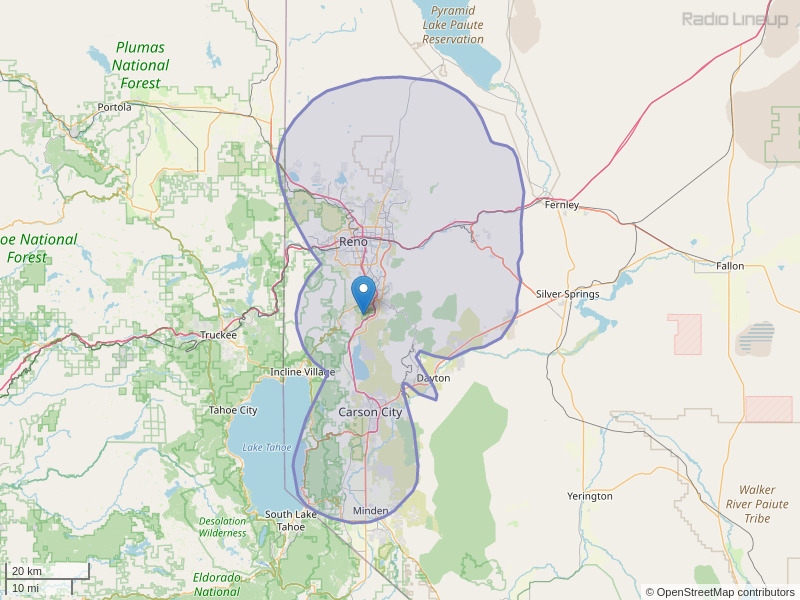 When I am in Reno I always check this station out because it has a pretty good mix of alternative rock. The only downsides to the station would be what seems like real long commercial breaks of 4 minutes or more that happen sometimes and one of the commercials for a show on the station has this weird bell/chime noise in the background that is so annoying I am forced to change the channel.
By: John on December 20, 2010

I can't believe they dropped alternative rock after like 20 years of rocking Reno. Hopefully somebody picks up the alternative format soon.
By: James on September 19, 2011

Thank you for taking one of the best rock stations in Reno and turning it into another lame one. A listener no longer.
By: Rick on September 28, 2011

Check out the new Halloween singel Such a Treat by d pierce the words are scary for many however it have in stiches," laughimg"! digital down load most all digital music sites. Pierce is a washoe Co. resadent. it is such a treat. laugh and smile a while
By: francis f on October 6, 2012